Joey Defrancesco, the munificent Jazz Organist, saxophonist, and trumpeter of America died on...
HomeEntertainmentRhodes To The...

Rhodes To The Top Season 2: Has TNT Confirmed The Release Date? 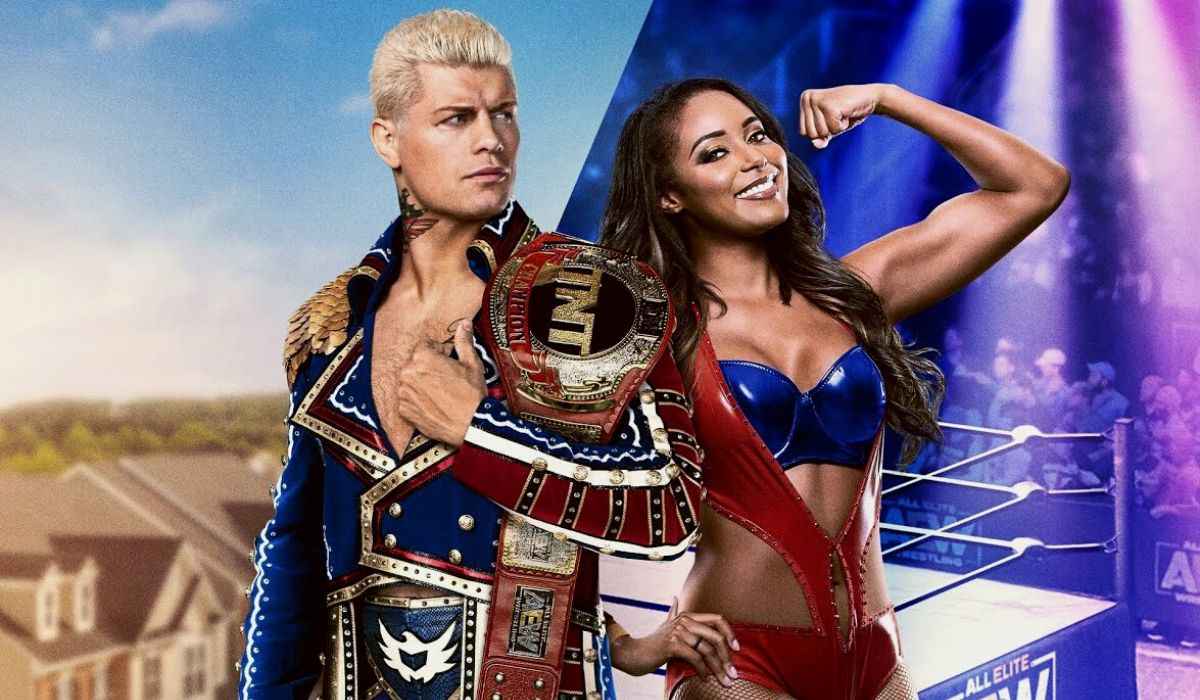 The reality TV show Rhodes to the Top recently completed its six-episode inaugural season. Brandi and Cody Rhodes walk their viewers through their growing family while simultaneously assisting with the establishment and growth of the AEW’s international wrestling enterprise. Season one, produced by Shed Media and distributed by Warner Bros. Unscripted Television, was well received by fans, who are now anticipating season two.

This AEW reality series has strong popularity since the formidable duo guides the viewers through their busy lives, both inside and outside of the ring. If you’re wondering if there will be a season 2, here are some details.

Is the Second Season of the Series Updated?

The TNT show “Rhodes to the Top” has not been renewed for a second season. Any official confirmation of the renewal of Season 2 has yet to be received. The show could be on hiatus, or another season has yet to be announced.

In any case, nothing regarding Season 2 is known. Season one ran from September 29 to October 23, 2021, with a total of six episodes.

What is the Rhodes To The Top Season 2 predictions?

TNT’s General Manager, Brett Weitz, has stated that AEW and Rhodes to the Top outperformed their network. He did, however, explain that there is currently no plan for season 2. Before making a choice, he wants to see how fans consume the show on VOD and how it performs. As a result, viewers will have to wait a bit longer to find out if there will be a season 2 and when it might be released.

On October 23, 2021, the final episode, “Cross Rhodes,” was released. The couple continues to struggle with becoming new parents in the premiere episode, which airs on TNT. Brandi begins to train hard in order to return to the ring, and she collaborates with Cody on how to do so. However, there are some differences in how to carry it out. As Makalai Black and Cody’s animosity intensifies, Cody begins to doubt his future.

Expected Plot of  Rhodes to the Top Season 2

Now that we know that the showrunners have not talked about the upcoming plot, they have chosen silence against the second season of Rhodes to the Top. Similarly, in this situation, it is equally hard for us to predict a suitable plot for the next. But, we are confident to immensely talking about Season 1, and its twists and turns, which is inevitable to consider, so that there would be no hindrance at the time of the actual release of Rhodes to the Top Season 2, in case TNT plans.

The film Rhodes to the Top, which revolves around the life of the Rhodes family, grapples with a number of intriguing premises. The series exposes viewers to the Rhodes family as they go to Jacksonville for an AEW spectacular performance. Cody and other wrestlers provide insight into the dangers of wrestling. Brandi is dealing with the feud between female wrestlers, Cargill and Velvet. Aside from work, Brandi and Cody Rhodes are navigating parenting.

From the couple’s pregnancy shower through the birth of their daughter, Liberty Iris, the reality show depicts several important elements of their lives. The first season of Rhodes to the Top features six episodes that take viewers through various parts of the pro wrestling power couple’s personal and professional lives. When the episodes were released, they debuted on the TNT network. There is no renewal information for Rhodes to the Top season 2 as of yet.