The Society Season 2: Is The Society Coming Back For Season 2 On Netflix? 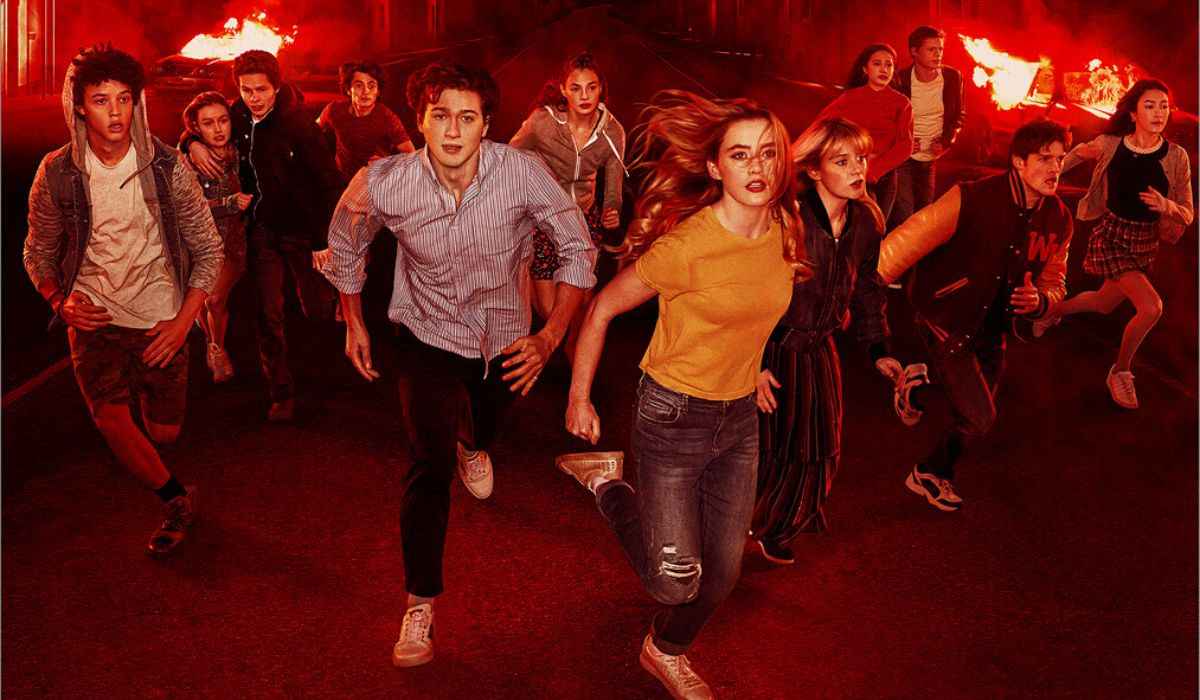 Although the show was previously renewed for a second season, it was canceled after only one season because of the COVID-19 pandemic.

Is The Society Season 2 still in the works?

The Netflix original series The Society, which has been compared to Lord of the Flies, was a huge hit with subscribers when it debuted in 2019. Everyone who enjoyed the first season of the sci-fi mystery thriller The Society wondered when, in this reality, The Society season 2 does not seem to happen.

It was revealed in April 2020 that Netflix had extended the series for another season and that the much anticipated next chapter would be released sometime in late 2020.

However, due to issues caused by the coronavirus pandemic, Netflix informed that The Society season 2 would not be produced.

According to THR, the streaming network was pleased with how The Society performed, but scheduling unknowns and expense hikes to meet the standards for COVID-19 safety protocols, among other factors, pushed Netflix to terminate the series.

It was announced on July 9, 2019, by Netflix, that ‘The Society’ would be renewed. Netflix has yet to make an official announcement on when the show will return, although it is reported that it will return at the end of 2020. They were pleased, and the new season was eagerly awaited.

The decision was reversed on August 21st, 2020, when Netflix announced that the show had been canceled.

Stranger things have happened, therefore the chances are small. People would have claimed it was absurd to wish for the ninth season of Dexter a few weeks ago, but now one is on the way, so anything is possible.

Season 2 expected cast of The Society

The cast was set to return for season 2 of The Society, with Kathryn Newton reprising her role as Allie. Jacques Colimon, Toby Wallace, Gideon Adlon, Sean Berdy, Alex Fitzalan, Kristine Froseth, and Natasha Liu Bordizzo are among the other cast members slated to return for the next season of the Netflix original series. Olivia Nikkanen, who plays Gwen, has been promoted to series regular, with the following character description:

Cassandra was shot to death by Seth Meriwether’s character Dewey, who was afterward executed for the same crime, hence the chances of them being involved in The Society season 2 were small. But, given that this show experiments with alternate universes, everything is conceivable in the Netflix original’s universe.

With the show canceled, the fates of everyone’s favorite characters remain unknown, and unless the series is renewed in the future, everyone will have to speculate about what may have happened if The Society season 2 had been a reality on Netflix.

What would have Been the synopsis for Season 2 of The Society?

There was no official synopsis for The Society season 2 prior to its termination, but given where things ended off, it’s quite easy to imagine where the story might take viewers if Netflix had kept the program going.

Late in the game, the kids realized they were in an alternate reality, precisely a parallel dimension to the one they had left behind. Then, with a sight of a memorial for the lost young adults, fans were given a peek at what that realm looked like without the teenagers.

It seems very evident that The Society season 2’s focus would have been on three things. The answers to why this interdimensional ordeal has happened to them, how the missing kids will be reunited, and what actions are being made in West Ham to determine where their children have ended up.
It would have been interesting to see how things play out, but for the time being, fans will have to experience the first season, which is presently accessible on Netflix.

Is there a trailer for The Society Season 2?

Unfortunately, there is no trailer for The Society season 2, and given the show’s poor cancellation, it’s safe to assume that one won’t be released anytime soon. Keep an eye out for any news or updates on the prospect of another season of the hit Netflix series.