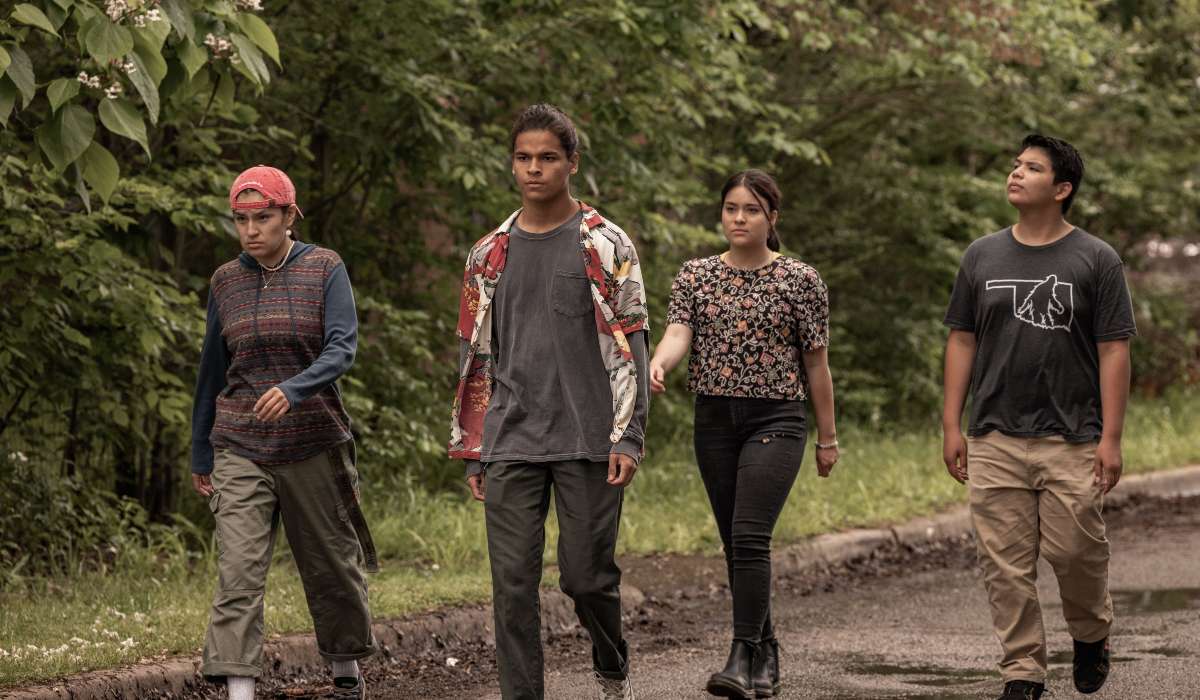 Reservation Dogs is an Indigenous American teen comedy-drama television series made for FX Productions by Sterlin Harjo and Taika Waititi. It is a remarkable first in that it has all Indigenous authors and directors, as well as a cast and production staff that is virtually exclusively Indigenous North American. It’s also the first series to be totally shot in Oklahoma. On August 9, 2021 (International Day of the World’s Indigenous Peoples), series 1 premiered on FX on Hulu. The series was renewed for a second season in September 2021.

By the end of “Reservation Dogs” Season 1, the youngsters have learned a lot about life and themselves — but there are still many unanswered concerns that will be addressed in Season 2. So far, here’s all we know about the upcoming season of “Reservation Dogs.”

When will it be released?

Season 2 is set to premiere in 2022, as announced by FX when it confirmed Reservation Dogs’ renewal on September 2, 2021. Given that the first installment debuted on August 9, 2021, it’s natural to presume the next installment will arrive in late summer again next year, although it’s ultimately up to FX.

In the meantime, you may watch all of Reservation Dogs’ season 1 episodes on Hulu.

Who may appear in Season 2 of Reservation Dogs?

While there hasn’t been an official statement about the Season 2 cast, the four series protagonists, Elora, Bear, Cheese, and Willie Jack, are expected to return. Regulars such as Bear’s mother Rita (Sarah Podemski), Officer Big (Zahn McClarnon), Mose (Lil Mike), Mekko (Funny Bone), and William “Spirit” Knifeman are also expected to appear (Dallas Goldtooth). We might even get to meet some new characters, so keep an eye out for any formal casting announcements.

“Reservation Dogs” is making history in the entertainment industry by being the first TV series to contain a majority Indigenous team of writers, directors, and producers, as well as a majority Indigenous cast (per Salon). Harjo also discussed how they approached the original casting process in order to identify cast members who could truly reflect people from Indigenous American backgrounds. “To discover the actors, you have to go to these communities,” he told Salon. “That’s all [‘Reservation Dogs’] accomplished. We went out and cast in the neighborhoods. We went out and collected tapes from several Indigenous tribes. The talent is present. It just happens not to be on Hollywood Boulevard. ”

Plot points are still being worked out, but there will be enough to explore after the season one conclusion. Jacobs told ELLE.com that she thinks spectators would gain a “broader perspective” of the characters’ world. This might even include greater depictions of regular adolescent life and weekend hangouts. “Growing up in my town, our weekends were a tremendous period of drama, competition, flashiness, snagging, hooking up, and everything in between,” she said. “We’ve barely scratched the surface of what this globe has to offer. “I’m looking forward to seeing more of this community and the world in which these kids are growing up in season 2.”

Punkin (Sten Joddi), Bear’s aspiring rapper father, could possibly make an appearance. (So yet, viewers have only seen him in Season 1, Episode 4.) “He’s only in one episode [of Season 1], but will we ever see him again if there’s a Season 2?” “I believe we will,” Woon-A-Tai told TV Line. “Do I believe Punkin will visit Oklahoma?” No, I don’t believe so.”

Is there a trailer for Reservation Dogs Season 2?

There is yet to be an official trailer for the Reservation Dogs Season 2 series. However, it appears that it will be available soon.

The trailer for the first season of the Reservation Dogs series may be found below.