Away Season 2: Is This Series Cancelled By Netflix? 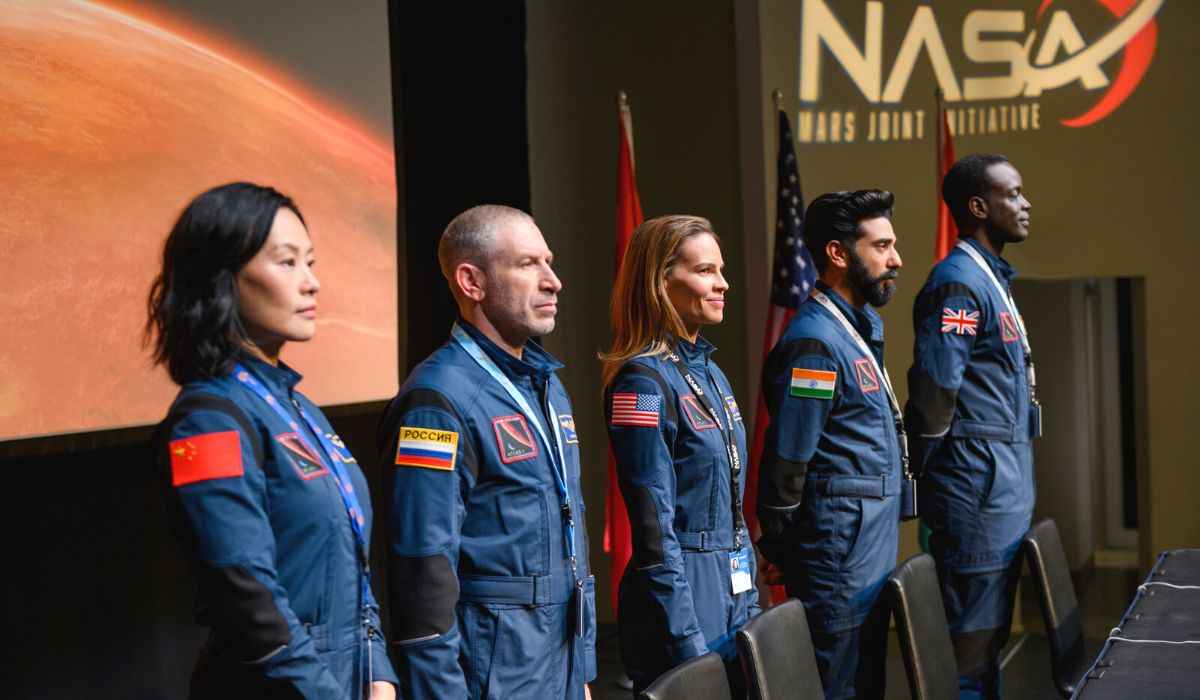 Science fiction has become the most popular genre of Netflix original shows among subscribers in recent years. As a result of the genre’s tremendous popularity, Netflix increased its sci-fi programming in order to provide us with the greatest service possible. Away, the show on which this piece is based is one of many high-rated shows available in Netflix’s sci-fi repertoire.

After making its debut with Season 1, it’s time to see if we’ll see Away Season 2 or not. That being stated, there is a lot of confusion and perplexity among their admirers. As a result, we are here to provide factual and up-to-date news and updates about Away Season 2 including its status.

Away is an American sci-fi drama streaming on Netflix that was created by Andrew Hinderaker and is based on Chris Jones’ Esquire article of the same name.

Is Away Season 2 Canceled by Netflix?

The show’s first season started on September 4, 2020, with ten episodes released on the same day. The series was favorably appreciated by viewers and exceeded both the creator’s and distributor’s expectations. Away was successful in breaking into many top ten records on Netflix around the world.

After seeing the success of the first season, viewers presumably expected a second season as well. But, unfortunately, it will not be in our favor because, in October 2020, Netflix chose to cancel the renewal, concluding that one season is sufficient and also the final and final one. This came as a shock and surprise to the spectators, who were hoping for the next season to begin.

It is indeed shocking news from Netflix, as fans can’t seem to figure out why they dropped it, despite the fact that it performed very well and left its mark on various charts. There must be a reason for this, which we will discover in the following section.

Why was Away Season 2 canceled?

Though Netflix has opted to remain silent on the cause of the cancellation, Decider believes it might be due to three theories and factors. First and foremost, the show is pricey; according to reports, each scene costs Netflix more than $6 million, making it one of the most expensive Netflix shows ever. Those massive expenditure increases undoubtedly set aside time and money to generate possibly more than Netflix was able to spend.

The second aspect is the ongoing pandemic, which has had a negative impact on various fan-favorite shows, including Away. Even though the production had the green light with tight safety standards, it appears that it proved to be too inconvenient and burdensome for filming Away. The show is already expensive, and postponing it for a few more months raises the score even more; it’s a better idea to simply cancel it.

Third, while Away is a Netflix Original Show, it was created by NBC Universal, who licensed the rights to Netflix. This means that the show will be returned to NBC Universal’s management under Netflix’s extensive licensing terms (which are said to be more than 5 years after the end of the last season). Taking everything into consideration, Netflix will recharge episodes to build its library, not NBC Universals.

Who Would Have Joined The Cast of Season 2?

Considering the continual pattern, the actors from season 1 would have rejoined the team for its forthcoming season.

What would have been the plot of Season 2?

Canceling the show does not seem to be a better decision considering the fan base it had. Since the showrunners have made their final decision, we better not look forward to the second season of Away, as that will only disappoint us in the future.

Since, there would not be any next part for Away, we are definitely going to miss certain milestones, which would have been otherwise included in Away Season 2.

The plot of the first season of Away chronicles the Mars Joint Initiative, the major crewed campaign to Mars. A Chinese physicist, a world-driving British botanist with no previous expertise in space, a Russian cosmonaut with the most participation in space, an Indian clinical official who is second in line, and American administrator Emma Green comprise the team. Emma’s significant other had prepared as a space traveler with her and could have supervised the expedition had it not been for an illness.

The three-year expedition is launched from the Moon; however, some team members doubt Emma’s ability to command as a result of her reaction to an emergency situation at the mission’s very beginning.

Away Season 2 might start from the last known location of interest. Since the crew has landed on Mars, the following season would have depicted the group’s activities on Mars as they attempt to complete their goal of determining whether or not humans can live there. Dr. Kwesi, the scholar, thought he could best employ his knowledge by seizing all opportunities to cultivate a garden in the world.

The series is described as “about expectancy, humanity, and how, in the end, we need each other in order to accomplish unfathomable things,” making it a must-watch with your family during these trying times.