Trinity Seven Season 2: Everything We Know So Far in 2022! 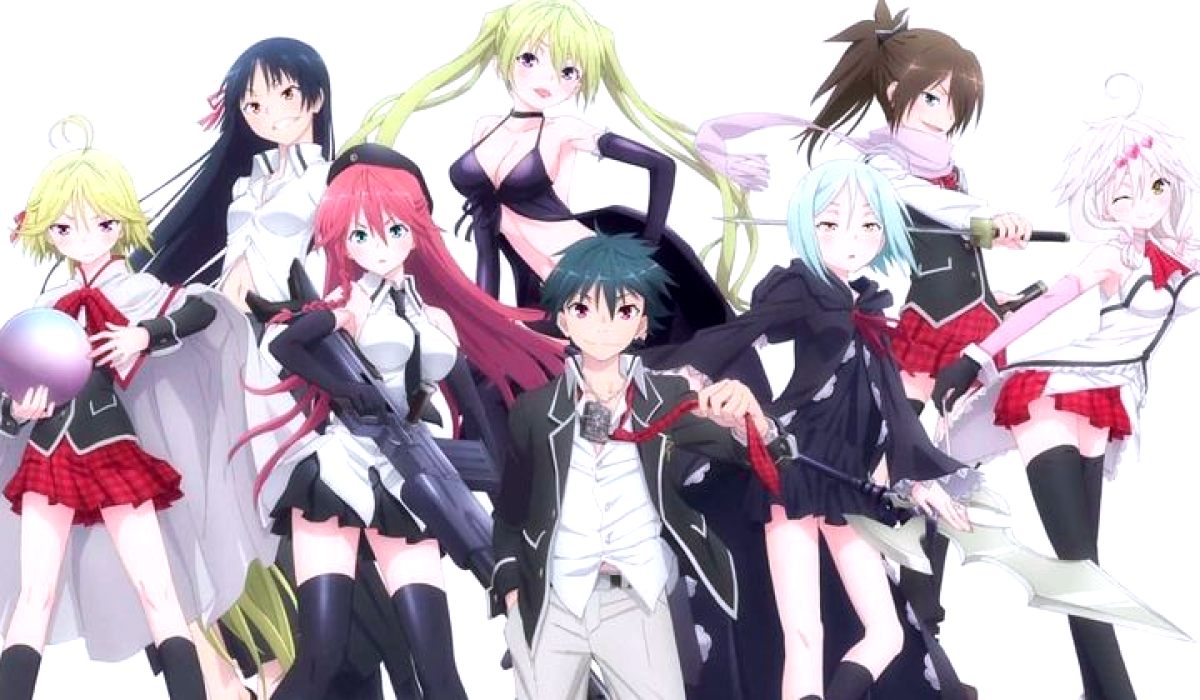 Trinity Seven (Toriniti Sebun: Shichi-nin no Masho Tsukai in Japanese) is a Japanese romantic comedy anime television series based on the same-named manga series. The manga series, written by Kenji Saitou and illustrated by Akinari Nao, was originally published on December 9, 2010. Trinity Seven, a manga series, was picked up for an anime television series four years after its initial release. Season 1 of Trinity Seven launched on October 8, 2014, after a brief production time. Despite the fact that Season 1 was followed by an original video animation (OVA) special episode and two movies, fans of the show are still eagerly awaiting news about Season 2. While a second season was confirmed, Trinity Seven Season 2 has yet to premiere for unclear reasons. Here’s everything we’ve learned so far.

When will the second season of Trinity Seven premiere?

Trinity Seven Season 1 launched on October 8, 2014, and fans have been waiting for Season 2 news ever since. Meanwhile, two films based on the series were released on February 25, 2017, and March 29, 2019, respectively. Of course, this gave fans optimism for Season 2. It was rumored in early 2019 that Season 2 had been confirmed and would premiere on April 11, 2019.

Since we are still unaware of when we will get to watch the highly anticipated season 2 of Trinity Seven, it seems feasible to discuss the previous season, which has pumped each one of us with its incredible closure. In that case, how about we run our eyeballs through a few of the prominent characters in the show? Let’s dig in,

Arata Kasuga– The show’s main character, who has a casual demeanor and lives with his cousin Hijiri.

Lilith Asami– She is a decorated member of the Trinity Seven and a professor at the academy where Arata studies magic. She appears to be unfriendly and unwelcoming to Arata at first, but she eventually softens and assists him greatly in his wizard training. Throughout the show, her character changes significantly, with major revelations about her father.

Arin Kannazuki– Another member of the Trinity Seven, she suffers from early-life memory loss and was admitted to the school by the headmaster. Despite her portrayal as a carefree individual, she has shown affection for Arata on occasion.

Yui Kurata- Another Trinity Seven member, she is close to Arata and the viewers see her as a little sister to him. These are just a few of the many characters that viewers would like to see in season 2, provided one is ever developed. All of the characters have intriguing backstories, and we can only hope to learn more about them through the famous anime.

The plot of the Trinity Seven has been heavily talked about ever since the fantasy romantic comedy manga premiered. That is one of the major reasons why the fans have been drawn in for the ride, making them clamor for the next season. Unfortunately, we are blind to the plot and other twists and turns of the forthcoming season right now.

As Trinity Seven’s first round was released in 2014, we assume that you would have forgotten the core contents, without which it would only be a waste of time to watch season 2, whenever it airs.

The plot of Trinity Seven is fairly imaginative, and it follows Arata Kasuga, a young boy who appears to live a normal life with his cousin and boyhood friend, Hijiri Kasuga. However, Arata’s typical life is flipped upside down when the sun goes dark, causing something known as the Breakdown Phenomenon, which completely decimates the town and everyone in it. However, right before Hijiri dies, she puts a grimoire around Arata’s neck, and the mystical book saves Arata from extinction.

Following the Breakdown Phenomenon, Arata is absolutely distraught, and he wishes for his life to return to normal. Unknowingly, Arata’s wish activates the grimoire, which artificially reconstructs his former existence and erases any terrible memories of the Breakdown Phenomenon. A mystery magician named Lilith Asami arrives before Arata at this point, and his artificially reconstructed universe entirely disintegrates under Lilith’s presence.

With Arata still in shock, Lilith offers him two options: hand over the book to her or die. However, Arata is unwilling to do either, and after some discussion with Lilith, he decides to enroll in a top-secret magical school named Royal Biblia Academy, where six other magical students await his arrival. The Trinity Seven, comprised of the six students and Lilith, is the school’s elite magicians, each with their own set of abilities and capabilities.

With the support of his newfound companions, Arata trains in the discipline of magic and learns to master numerous skills, with the goal of avoiding the destruction of his hometown and loved ones.

Trinity Seven is a good English dub if you enjoy viewing anime in English. Dubbed episodes can be found on Crunchyroll and HiDive.