The Real Housewives Ultimate Girls Trip Season 2: All We Know About it in 2022! 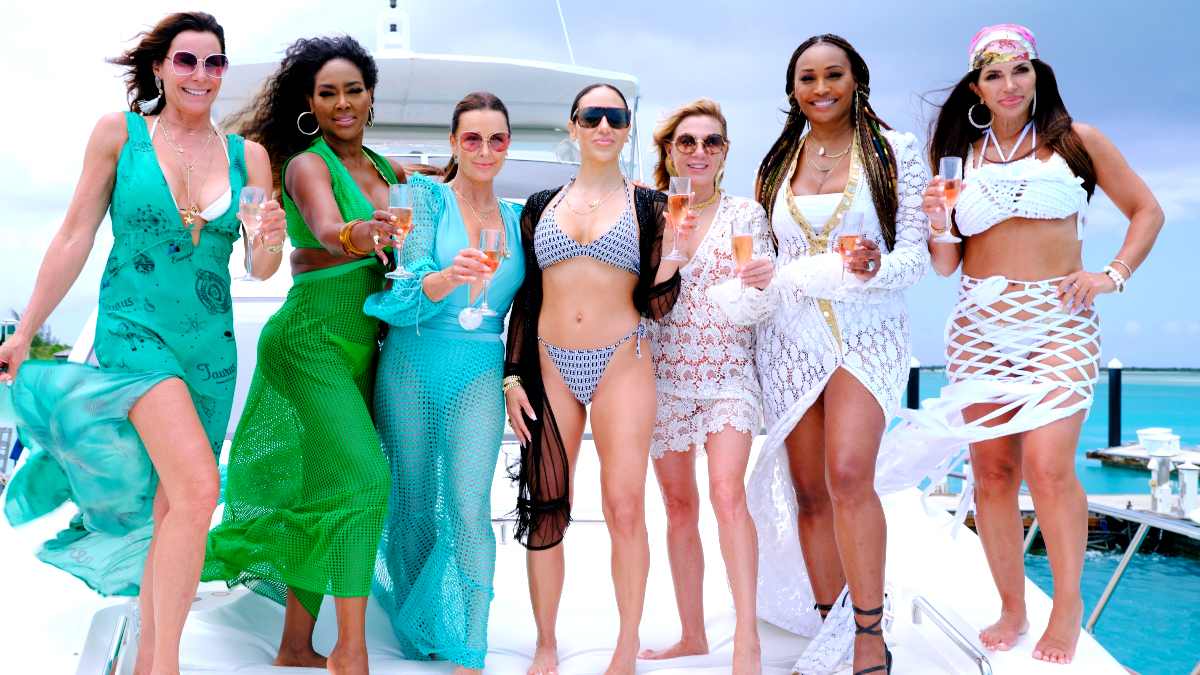 According to People, the seven “Housewives” women went to Turks and Caicos for a beach vacation when filming first began in April 2021. Many of the “RHUGT” cast members teased the announcement on Instagram at the time, with Ramona and Melissa posing in front of similar private jets.

However, none of them will return for Season 2, allowing for even greater crossover between locations, and possibly even worldwide cast members following the November 2021 announcement of “The Real Housewives of Dubai.”

Meanwhile, here’s everything fans need to know about Season 2 of “The Real Housewives: Ultimate Girls Trip” so far.

When is the release date for Real Housewives Ultimate Girls Trip Season 2?

Fans were immediately drawn in for the ride when the first season of “The Real Housewives Ultimate Girls Trip” aired on Peacock in November 2021. However, because the episodes were aired three at a time on the streaming service, the season was already over by early December, leaving many fans wondering when Season 2 would arrive.

According to the Nilsen Report, Season 2 filming wrapped in September 2021, with the show set to premiere in early 2022, most likely within the next few months. Given the timeline, Bravo knew the series would be renewed even before it premiered, which means new episodes are being filmed much faster than many fans might expect.

The show’s “ultimate girls’ trip” aspect also allows them to both expand by using a familiar aspect of most cities’ seasons — just on a larger scale — and film for less time, because vacations don’t last as long as a full-fledged season.

Who is in the cast of The Real Housewives of Beverly Hills: Ultimate Girls Trip Season 2?

Season 2 of “The Real Housewives Ultimate Girls Trip” will premiere in 2022, with an all-new all-star cast from New York, Beverly Hills, Orange County, and Atlanta. Unlike the first season, which featured Teresa Giudice and Melissa Gorga from New Jersey, no cast members from that city will appear this time.

According to Bravo’s “Daily Dish” podcast, Andy Cohen also revealed how messy the cast crossover may become. “Oh my goodness. To be honest, my dream cast crossover is also the twisted fantasy that is Season 2 of ‘Ultimate Girls Trip.’ Phaedra, Vicki, Brandi Glanville, and Dorinda are all in the Berkshires, so this is a diverse collection of people. We’ll see if it’s too twisted for words, but that was incredibly exciting for me “He stated.

What is the plot of The Real Housewives of Beverly Hills: Ultimate Girls Trip Season 2?

Many of the regular cast members were up to their usual antics in the first season of “The Real Housewives Ultimate Girls Trip,” including Ramona Singer from “RHONY” arguing with, then apologizing to, girls from other large cities. However, it appears that the drama from the holiday has followed them home as well.

“When you keep repeating the same thing over and over again, it doesn’t fly. Isn’t that the definition of insanity? Those ‘RHUGT’ girls got to go home. I’ll be returning to New York with Ramona. We both work on the same show. She’s a member of my cast. When they come home, they won’t have to deal with her “Page Six was informed by Luann de Lesseps.

Despite the fact that Season 2 boasts a whole new cast, early interview teasers indicate that the cast members will be equally as, if not more, chaotic. “‘You know, I could do this again,’ I said to my partner. I could do this for the rest of my life; I’m having a great time.’ But on day four, I’m crying and upset, and I need to get out of there “In November 2021, Jill Zarin told WFLA. In addition to the tropical beach retreat, it will take place in Dorinda Medley’s Massachusetts manor.