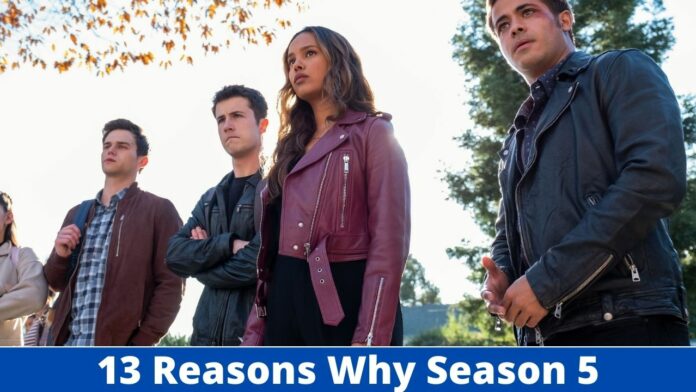 That’s all there is to it. Netflix’s extremely contentious teen programme has had its final outing, debuting on the streaming site for the fourth and final time this morning (June 5).

While the actors and writers of 13 Reasons Why have consistently defended the show, stating that it addresses tough and yet vital themes, opening that conversation among its young audiences. However, many people (even specialists) have criticised this method.

Not to mention that Hannah Baker’s (Katherine Langford) death sequence was so heavily condemned that it was finally cut out of the episode entirely.

“Our artistic aim in depicting the harsh, painful reality of suicide in such graphic detail in season one was to reveal the truth about the tragedy of such an act and ensure no one would ever seek to replicate it,” showrunner Brian Yorkey stated in a statement in 2019.

“We have heard concerns about the scene from Dr Christine Moutier of the American Foundation for Suicide Prevention and others, and we have agreed with Netflix to re-edit it,” he later said.

However, the controversy persisted into succeeding seasons, with significant disapproval of the show’s gruesome sexual assault scene in season two and the redemption arc of Bryce Walker in season three, among other things.

Arguably, 13 Reasons Why’s sloppy reputation has become more of a legacy than the narratives themselves, outweighing the very talks that it ostensibly set out to promote – but does this play any role in why it would not return for season five?

Netflix is, above all, a company, so it’s difficult not to wonder if this was an influence in the decision. With new streamers being established on a regular basis and binge culture at an all-time high, the battle to be the best has never been fiercer.

With an ever-evolving and expanding business, Netflix has recently placed a greater emphasis on producing brand new series. Other successful shows, such as The Crown, have been slowing down and announcing an endpoint, as have other juggernauts (Orange is the New Black, for example).

THR has claimed that 13 Reasons Why is a “pricey drama,” with the cast receiving raises and Netflix having to pay a large licencing fee because the show is also produced by Paramount TV.

However, the answer could be far easier.

We’ve known for a while that the programme was coming to an end with season four. In fact, the announcement came about the same time that season three promotion began to pick up steam.

As it turns out, showrunner Brian Yorkey had been planning a four-part tale for much longer. He believes the logic and inspiration for this came from the fact that it mirrored his high school experience (one season per year).

“Somewhere in the middle of making season two, when it became evident that we could have the chance to produce further seasons of this,” Yorkey told Entertainment Weekly, “I fairly rapidly got to a position where it felt like a four-season storey.”

He went on to say that he was “always a little bit dubious” of shows set in high schools that lasted more than four years, “since high school is four years long.”

“It felt like getting these characters to their graduation and scattering them to their next things was the proper stopping point,” Yorkey continued.

“So, for a long time, the concept was that if we were so fortunate as to have the opportunity, we would do four seasons of this. So, coming into season four’s breaking narrative, we knew it was the end.”

But, regardless of why, viewers will be curious to see where 13RW leaves our core characters, and whether or not the last farewell will be fitting for a programme that, for better or worse, has left an impression.

We’ll have to wait for the judgement now that all episodes are available on Netflix.

13 Reasons Why is currently accessible on Netflix.