Stargirl Season 3: Everything You Need To Know About This Series! 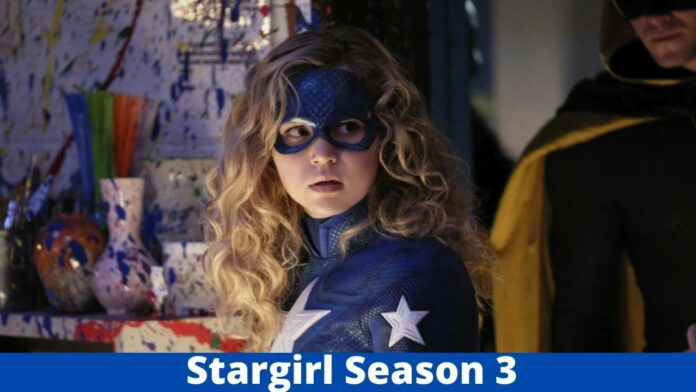 Season 3 of DC’s Stargirl will premiere on The CW in 2022, but don’t expect it to air anytime soon.

DC’s Stargirl was one of the most popular shows on television in recent memory. The show, a DC Universe original, began by releasing new episodes on the streaming site every Monday, with the same episodes also broadcast on The CW the following night (in the coveted Tuesday night timeslot usually held by The Flash). Stargirl was officially relocated to The CW for its second season once the channel was rebranded as a comics-only service.

Season 2 of Stargirl premiered on television last summer, almost precisely one year after the first season ended, and it successfully recaptured everything that made her predecessor so beloved while also holding its own in the rating area.

The program was renewed for a third season before the second season even began running, and it’s now just a matter of determining when it will return to screens. The one time we shouldn’t anticipate it to air is this spring. The network’s midseason lineup has been released, and Stargirl is not among the returning shows. But when will it return?

The release date for Season 3 of Stargirl has yet to be determined:

Season 3 of Stargirl will premiere in 2022. The season 2 conclusion revealed that the third season, Stargirl: Frenemies, would premiere this year.

While no official premiere date has been set, production began in October 2021. Given that the second season, Stargirl: Summer School, began production around the same time of year and was released in August, a summer release for season 3 is likely.

Stargirl has done well for The CW as a summer series since its premiere, providing comic book fans with another superhero series to watch when the normal Arrowverse programming is off the air for the summer.

While little is known about season 3 at this time, the great bulk of the series’ cast is expected to return. While Courtney is undoubtedly the most significant character on Stargirl, the show is very much an ensemble piece, so anticipate the entire supporting cast to return.

Furthermore, we know that two former ISA villains will join the series on a full-time basis.

As of this writing, the following are the expected Stargirl season 2 cast members:

It’s unclear whether Nick Tarabay or Jonathan Cake will reprise their roles as Eclipso and The Shade, respectively.’

How Many Episodes Will There Be in the Next Season of Stargirl?

Since previous seasons have had 13 episodes, it is likely that the upcoming season will also contain 13 episodes. As a result, we may anticipate at least 13 episodes in the future season.