Russian Doll Season 2 Release Date Got Confirmed! Check When Will It Release? 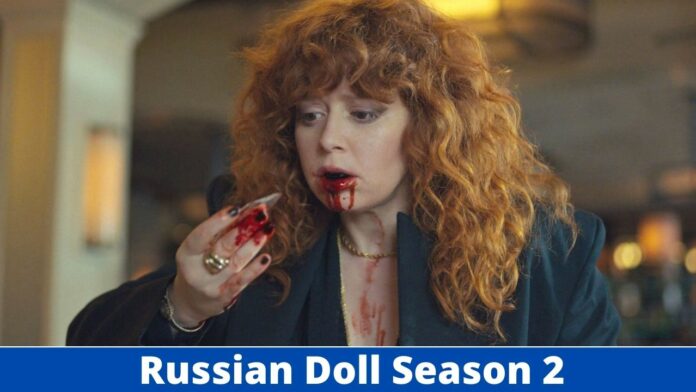 Season 2 of Russian Doll will be considerably different, according to actress Charlie Barnett, who also confirms that filming on the Netflix show’s second installment has ended. Russian Doll, created by Natasha Lyonne, Leslye Headland, and Amy Poehler, launched on Netflix in February 2019. The story opens with Nadia Vulvokov (Lyonne), a game developer who becomes trapped in a time loop in which she is forced to repeat her 36th birthday every time she dies. In order to escape her horrific situation, she seeks out Alan Zaveri (Charlie Barnett), a man who is also trapped in a loop.

Russian Doll became a sensation once its eight episodes were released on Netflix. The series was lauded by critics and spectators alike, who commended its performances and surprising sorrow. It got multiple Emmy nominations, including Outstanding Comedy and Lead Actress, and Russian Doll season 2 was subsequently confirmed in June 2019. Though filming was supposed to begin in March of the following year, it was pushed back because of the COVID-19 pandemic. Despite the fact that production had begun and casting announcements were made, narrative specifics were kept under wraps.

When will Russian Doll Season 2 be released?

The second season of Russian Doll was expected to begin production in March 2020, but it was postponed for the entire year due to safety concerns. However, Hollywood productions have recently begun to ramp up on a limited scale, and industry trade newspaper Production Weekly recently claimed that the series’ second season is officially set to begin filming on March 1, 2021 (via Showbiz CheatSheet).

Of course, no launch date has been confirmed — but based on a regular TV season’s production timetable, we can make an educated prediction as to when the new episodes might air. If we assume a regular shoot of 3-4 months, followed by 4-6 months in post-production, the next batch may be ready by late this year; Netflix, on the other hand, likes to keep things consistent and seems to provide a bit longer time for post-production than might be necessary. The first season of Russian Doll began production in late February 2018 (through On Location Vacations), and it didn’t premiere until February 1, 2019.

This suggests that season 2 will almost definitely be released around the same time as season 1 – in February or March 2022. In fact, we’re going to take a wild guess right now and predict that the next batch of episodes will launch on the same day, February 1, that the series first aired — all in keeping with the time-loop motif.

Who is in the Russian Doll season 2 cast?

Similarly, no official casting announcements for Russian Doll season 2 have been made, but we can make educated guesses as to who will return. Lyonne and Barnett appear to be lock-ins; recall that at the end of Russian Doll’s first season, they appeared to have discovered alternate versions of themselves who didn’t remember their interactions from prior iterations of the loop. Whatever the two’s secret relationship is, it’s certain that it’ll play a significant role in the second season of the show.

It also stands to reason that, since we’ll be forced (like Nadia) to attend that birthday party numerous more times, the guests in attendance will be returning for another round, or three, or six. Maxine (Greta Lee), the party’s hostess; Maxine’s sort-of girlfriend, Lizzy (Rebecca Henderson); and John (Yul Vazquez), Nadia’s ex-real estate agent. Of course, savvy watchers may have noted that the visitors at this party have a habit of vanishing into thin air each time the loop loops back to the beginning, so none of those people is assured to return.

Unfortunately, other than Lyonne and Barnett (who, it should be noted, has yet to be verified), all we can do is speculate on who will appear in Russian Doll’s second season.

What is the plot of Season 2 of Russian Doll?

It’s anyone’s guess where the next season will go plot-wise, given Russian Doll’s creators have remained tight-lipped on the matter. However, Lyonne and producer Leslye Headland have said a few things that may help us figure out where the programme is going. In an interview with The Hollywood Reporter, Headland revealed a fascinating theory as to why some persons and even items seemed to vanish abruptly in between loops. “Things are starting to move, new decisions were made, and things are starting to disappear; flowers and living things are beginning to die or look to die,” she explained. “It’s not just a single day. We’re not at the same place at the same time, with the same things happening.”

So, what exactly does that mean? “I’ve always seen this show as a ghost narrative,” Headland concluded. “This lady is haunted by something, and what we’re going to do is watch her escape it and make peace with it… If I could add one thing to people’s perceptions of Russian Doll, it would be that it is a little more unsettling.”

In her trademark deadpan style, Lyonne described to The Wrap not where the programme is heading, but specifically where it isn’t. “I will stress that it does not become a show about dating in New York,” Lyonne stated. “That is an anti-spoiler, often known as an inverse non-spoiler. That’s not going to happen. There’s no doubt about it! That’s all I’m saying. It will also not be one of the Games of Thrones prequels. So there are two things it isn’t. I’ve now given you a lot through the process of elimination.”