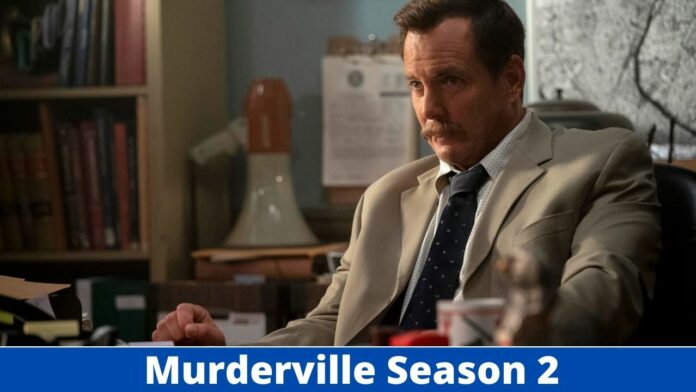 ‘Murderville’ is a comedy series based on Andy Brereton and Avril Spary’s British production ‘Murder in Successville.’ Krister Johnson created each episode, which follows Detective Terry Seattle (Will Arnett) and a special guest star as they strive to solve a hard murder case. The guest stars are given clues to figure out who the culprit is but are not given a screenplay. As a result, they must improvise in order to get the answers.

The enjoyable comedy is powered by some committed performances, but the series has earned mixed reviews from critics. Viewers who appreciated the show’s unique concept will undoubtedly be wondering if there will be another season. In that case, here’s everything we know about ‘Murderville’ season 2’s chances!

Date of Release for Murderville Season 2

The first season of ‘Murderville’ will be available on Netflix on February 3, 2022. The first season consists of six episodes, which were all released on the streaming site at the same time so that viewers may binge them. Each episode of the show lasts between 29 and 35 minutes.

In an interview with THR, Will Arnett, who stars in the program and also acts as an executive producer, discussed the prospect of a second season. “I’d like to do more if it works and people like it.” And if people shrug and say, ‘Yeah, alright,’ that’s wonderful; we had a great time,” he remarked. Arnett’s statements suggest that, while he is open to doing more episodes, the decision will be based on viewer demand.

As a result, if the show meets Netflix’s viewership expectations, a second season could be announced in the following months. The first season was shot in Los Angeles in the summer of 2021 and will premiere in early 2022. A similar production plan could be used for the upcoming second season. As a result, if ‘Murderville’ season 2 is produced, it could be released in Q1 2023.

Murderville Season 2 Cast: Who Could Appear?

What is the plot of Murderville Season 2?

Terry Seattle, a homicide investigator, partners up with celebrity guest stars to investigate murder cases in the first season of ‘Murderville.’ Meanwhile, Terry is getting divorced from his wife, Chief of Police Rhonda Jenkins-Seattle. Terry cracks the cold case of his former partner Lori Griffin’s death in the season finale. Terry’s attempts to reconcile with Rhonda, however, ultimately fail.

If recommissioned, the second season might follow the first season’s episodic murder mystery format, with fresh guest stars working alongside Terry in the field. Furthermore, we may see changes in Terry’s life as he struggles to find interest in his profession after solving the case that has tormented him for years. Terry may possibly be looking for a new partner in his personal life.

However, Murderville as a whole feels less than the sum of its parts. It’s amazing that there’s no discernible difference between programs starring comedic geniuses and those starring celebrities who aren’t; Terry’s odd orders and the constraints of these finely planned tales make them all only-sorta-funny. Celebrities are not handed screenplays to follow, but they are also not allowed the opportunity to create their own identities or direct their own cases.

Even an excellent actor like Jeong can only get so much comedy out of changing the tone and cadence of his speech at Terry’s command, and even a charming character like Lynch can only do so much to make lines provided to him through earphones feel like his own. Murderville’s whodunits are frequently enjoyable, with clear, simple solutions. The larger mystery they leave behind is why they aren’t more interesting to watch unfold.

The problem is that many of these jokes don’t earn enough laughs to warrant the programs’ bloated half-hour running times. A show that tries to merge improv comedy and a crime thriller is certain to include some dumb fluff. It’s possible that it’s necessary: a more simplistic Murderville would be too easy to solve, and it wouldn’t have the same attraction of watching celebrities make a total mess of themselves. To put it another way, an excessively tight cut would make Murderville feel unrecognizable.