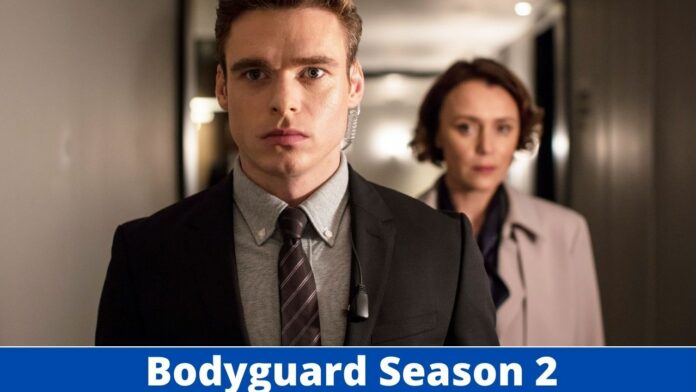 Bodyguard season 2 is finally on the way!

BBC1 chiefs have confirmed that the political conspiracy thriller produced by Line of Duty’s Jed Mercurio will return, with Richard Madden reprising his role as Police Sergeant David Budd.

The first season was a tremendous hit with viewers in 2018 and became one of the decade’s biggest dramas, with a viewership of 11 million for the last episode, with millions more following on iPlayer. We’ve been looking for Bodyguard kompromat, and here’s everything we know about the highly anticipated second series…

When will the second season of Bodyguard be released?

This is a challenging question to answer. The first season of “Bodyguard” premiered in August and September of 2018, and because the British series is famously reluctant to release new seasons, viewers knew it would be a while before fresh episodes were published. As of now, the series hasn’t been formally renewed or canceled, but that doesn’t matter much because Madden, Mercurio, and others involved with “Bodyguard” have been speculating about a second season since the first finished, and it looks almost certain. The only question is when.

In an interview with Deadline in 2018, shortly after BBC’s “Bodyguard” debuted on Netflix, Madden stated, “I’m going to meet Jed in a couple of weeks, to have a conversation and see what’s in his amazing head.” Mercurio indicated in mid-2019 at the Banff World Music Festival that he was in talks with BBC, but that Season 2 had not yet been officially greenlit (via The Hollywood Reporter). In late 2019, actor Nicholas Gleaves, who played Roger Penhaligon in Season 1 of “Bodyguard,” told RadioTimes that he spoke with a producer who “definitely guaranteed” a second season, but it’s still up in the air until it’s official.

Now in 2021, Madden has completed his parts in “From Now” and “Eternals,” giving him a relatively clean schedule to return to “Bodyguard.” According to the timeline, the earliest new episodes might be released late next year or early in 2023, unless BBC accelerates production.

Who will appear in Bodyguard Season 2?

To begin with, “Bodyguard” wouldn’t be the same without PS Budd, so it’s safe to assume that Madden will reprise his role as the title character. Gina McKee as Commander Anne Sampson, in charge of the Metropolitan Police’s Counter Terrorism Command, will most likely return, as will Sophie Rundle as Vicky Budd, PS Budd’s estranged wife and the mother of their two children, Nina Toussaint-White as DS Louise Rayburn, a Counter-Terrorism officer who appears to trust Budd despite the investigation against him, and Ash Tandon as DCI Deepak Sharma, an intelligent investigator who be

Although it is safe to assume that Hawes will not return as Montague, there are some other characters in the supporting cast who could appear in future storylines, such as Vincent Franklin as Minister of State Mike Travis, Stuart Bowman as Director-General of MI-5 Stephen Hunter-Dunn, Pippa Haywood as crooked CSI Lorraine Craddock, or Michael Schaeffer as the mysterious “Richard Longcross.” The new episodes may also include a time jump, so expect to see some new faces in Budd’s life.

What will the plot of Bodyguard Season 2 be?

Budd successfully finds who is behind Montague’s killing, as well as a few people within the government who are manipulating the system to allow shady activities to go unreported, near the end of “Bodyguard” Season 1. Budd is legally cleared of all charges in connection with Montague’s death, and he decides to seek treatment for his PTSD in order to mend his relationships with Vicky and his children. With their relationship as it stands at the end of the season, it appears like Budd and Vicky will not be reuniting, with each preparing to move on and meet new people, but they will continue co-parenting.

After all, is revealed, the British Prime Minister, as well as MI-5 commander Hunter-Dunn, are compelled to quit. Longcross eludes capture, allowing the show to further investigate who he is and what his motivations are. Although there are only a few contacts between Longcross and Budd in “Bodyguard” Season 1, they are tense and interesting, and it would be fantastic to see that antagonistic relationships evolve further in the future. Nothing regarding the premise of “Bodyguard” Season 2 has been revealed so far, though it’s probable that the show will continue the story a few years later, with viewers meeting a much-changed Budd.

Trailer for Season 2 of Bodyguard:

We don’t have one yet, but we’ll be sure to post it here as soon as one arrives. In the meantime, here’s the first season trailer to get you in the mood…

Where can I see the first season of Bodyguard?