Solo Leveling Game Release Date: Is This Game Coming in 2022? 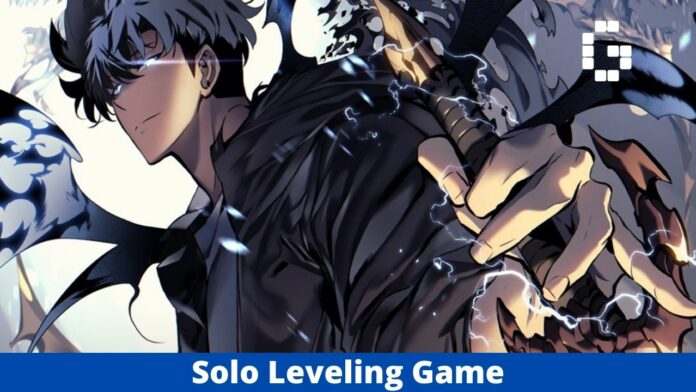 Solo Leveling, a popular web novel series, is receiving its own video game version. The adaptation, which was officially unveiled at Netmarble’s latest press event, would be an action RPG title for PC and Mobile.

Here’s all you need to know about the Solo Leveling game, including its release date, playable characters, and the manhwa’s current condition.

What exactly is Solo Leveling?

Sung Jin-woo, a lowly E-rank hunter in a modern world where humans can possess magical skills and become hunters, is struggling to pay his mother’s hospital costs.

Despite his reputation as the world’s weakest hunter, he earns a living by routinely participating in dungeon raids.

Jin-woo unexpectedly accomplished a secret task after his group left him for dead in a perilous double lair, earning him the opportunity to become a “player,” a special position that allows him to clear dungeons, get quests, and raise his stats on his own.

When will the Solo Leveling game be released?

Netmarble Neo is currently working on the Solo Leveling game. During its fifth Netmarble Together with Press (NTP) event, the gaming firm published a gameplay trailer. As of currently, there is no official release date.

Netmarble CEO Kwon Young-sik stated that the company’s latest roster of 20 key games is part of the company’s goal of having strong in-house IPs.

The clip showed off the characters you’ll be able to play as in the action RPG, as well as a few rapid hack-and-slash combos reminiscent of Devil May Cry.

Hunters and gates can be found in the realm of Solo Leveling. Hunters are extraordinary beings with supernatural talents. Every hunter has a rank, with E being the lowest and S being the highest. The hunters must infiltrate the dungeons to protect humanity from the creatures that lurk within. The Dungeons or Gates hold lethal monsters and rare materials available only in tjr.

The plot revolves around Sung Jinwoo, who is infamously recognised as the weakest hunter alive and has always been on the verge of death. He enters a dungeon one day with a party that, unbeknownst to them, is a rare class. Sung Jinwoo and the others are trapped in a chamber and are unable to escape. There are various tests in the room that the group must pass in order to survive, and the final test is a sacrifice. Sung Jinwoo gives his life so that the surviving members of the party can live. However, right before his sacrifice, a software known as the System selects him as its only player. This System enables him to gain strength, skills, and other advantages. It is a one-of-a-kind power that allows you to level up beyond all known limitations.

We then join Sung Jinwoo on his adventures as he fights his way through the dungeons to level up while uncovering the mystery behind his System and the reason behind the dungeons’ appearance. The storey then moves on to the universe, where Jung Sinwoo discovers the universe’s ugliness.

So far, the following characters have been playable in the Solo Leveling game:

Solo Leveling follows the narrative of Sung Jinwoo, a week hunter who enters a secret dungeon with a group of hunters. Things, however, go horribly wrong, and his entire squad is slain. When he awakens, he discovers that he has been given a secret system via which he can grow his strength level simply by fighting monsters. This is Jin Woo’s solo leveling story.

The first trailer for the new game, which was released alongside the announcement, is included below. It has both gameplay and cutscenes that will be seen in-game at some point.