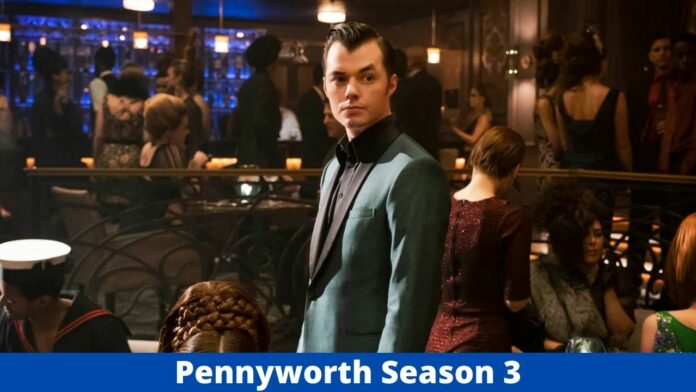 The desire to see a young Alfred Pennyworth, Batman’s devoted friend and butler, appears to have been generated in the 2010s, with Sean Pertwee playing a middle-aged version in 2014’s “Gotham.” However, it wasn’t until 2019 that DC fans saw a truly youthful version of the well-known DC Comics character in the aptly titled Epix TV series “Pennyworth.” Pennyworth, played by Jack Bannon, is a young guy in alternate London between the 1950s and 1960s. The former SAS soldier suffers from severe PTSD as a result of the carnage of war, and in an attempt to resume his normal life, he establishes his own personal protection company.

While things start out well, Pennyworth is quickly lured into a plot centred on the Raven Society, an organisation that seeks to topple the British government and build its own fascist state. When they come for Pennyworth and his fiancée, Esme (Emma Corrin), he begins to fight back, finding allies in No Name League members Thomas Wayne (Ben Aldridge) and Martha Kane (Emma Paetz).

The “Pennyworth” television series is an action-packed, sleek spy thriller that appeals to both casual viewers and die-hard DC fans. After a production delay owing to the pandemic, the show was renewed for a second season, which premiered on Epix on December 13, 2020. Fans of the show are now eagerly anticipating new episodes to find out what happens next for Pennyworth and his friends.

Here’s all we know thus far about Season 3 of “Pennyworth.”

When will Pennyworth Season 3 be released?

The Season 2 finale of “Pennyworth” aired on April 11, 2021, and there has been no official announcement about the series’ future since then. Despite this, there are numerous clues indicating that the show will most certainly continue, and it may even find a new home. Pennyworth has been an Epix original till now, but that could change very soon. Epix is a lesser-known premium cable channel that offers little in the way of original fictional programmes. “Get Shorty,” “Berlin Station,” and “Godfather of Harlem” are among the few drama and comedy shows produced by Epix. Aside from that, the channel primarily features unscripted docuseries and documentaries.

With this in mind, it shouldn’t have come as a surprise when Epix and WarnerMedia stated that conversations about shifting the series to HBO Max for Season 3 were ongoing (via Deadline). This would also entail making the first two seasons of “Pennyworth” available on the streaming service, joining other notable DC live-action programmes such as “Titans” and “Doom Patrol,” as well as the future “Green Lantern” and “Peacemaker” series. “Pennyworth” would fit right in, so keep a watch out for any future developments on the situation. With luck, Season 3 will be renewed soon, and new episodes could be ready by early to mid-2022.

Who is in the third season of Pennyworth?

Along with Bannon, Aldridge, and Paetz, Hainsley Lloyd Bennett and Ryan Fletcher have been around since Season 1 as Bazza and Dave Boy, Pennyworth’s two loyal best buddies from the army, and Dorothy Atkinson and Ian Puleston-Daves as Pennyworth’s mother and father. There’s also Jason Fleming as the villain, Lord James Harwood, Paloma Faith as the devious psychopath Bet Sykes, and Polly Walker as Bet’s sister, Peggy.

Season 2 of “Pennyworth” introduces a few new series regulars, as well as the promotion of two characters from Season 1. Both Ramon Tikaram, who plays the persistent Detective Inspector Aziz who often gets in Pennyworth’s way, and Harriet Slater, who plays Sandra Onslow, Pennyworth’s on-again, off-again girlfriend who is a singer at his club, were promoted to series regulars for Season 2.

What will become of Pennyworth and his buddies in Season 3?

Seasons 1 and 2 are separated by a few months as the Raven Society, which sustained a significant hit from Pennyworth and his allies, rebuilt as the new Raven Union. Kane is promoted to lieutenant in the No Name League, and she re-encounters Wayne, who informs her that he is engaged to be married. Meanwhile, Pennyworth tries to flee town with his money and friends, but turmoil lures him back to London.

Throughout Season 2, Pennyworth suffers the heartbreaking loss of his close buddy Bazza, who forces him and Daveboy to make the long-awaited trip to America. Aziz is elected Prime Minister, and the Raven Union begins producing Stormcloud, a deadly chemical that they intend to deploy as a weapon. At this point, another well-known figure from the DC “Batman” comics appears – Lucius Fox.

Finally, a number of significant events occur, paving the way for an action-packed Season 3. Kane and Wayne first get together and become pregnant, and Aziz subsequently marries them. Along with that, Lord Harwood falls victim to other deceitful, power-hungry Raven Union members, while Pennyworth, Daveboy, and others successfully thwart the plan of destruction utilising Stormcloud. Kane, now Martha Wayne, gives birth to an unexpected baby girl in a move that fundamentally contradicts all established canon.

Pennyworth is more motivated than ever to hunt down those who have mistreated him and halt the Raven Union in the aftermath of his father’s death and the Raven Union’s rising strength, a mission that will undoubtedly carry over to a possible third season.

Where Can You Find Pennyworth?

If you want to watch Pennyworth, you may do so through HBO Max (2 seasons) or Epix (2 seasons) with its Amazon Prime Video add-on. “Pennyworth” is also available on DirecTV (2 seasons). You may also purchase the seasons through sites such as Apple iTunes, Amazon Direct Video, Google Play, and Vudu. HBO Max is a good bet at this point. It costs US$9.99 per month with advertisements. And US$ 14.99 for ad-free access to hundreds of movies, original series, documentaries, and programmes.