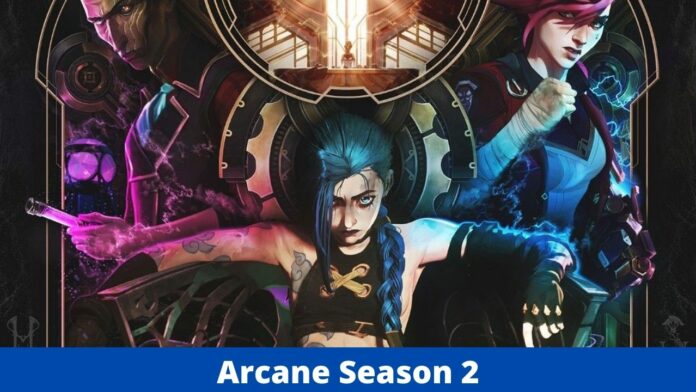 There are some arcane spoilers ahead.

The first season of the animated series Arcane premiered on Netflix in early November, and fans have been waiting for word on whether there will be a second season after nine episodes and a cliffhanger finale.

Steinfeld is now best recognized for her role as Hawkeye in Marvel’s Hawkeye, but she was less well-known when Arcane creators Christian Linke and Alex Yee hired her to play Vi during the first six years of the show’s production.
“The folks we decided to work within many cases were not quite as big at the time as they ended up being,” Yee told One Esports.

“It was amazing to see a lot of the talent we choose to work with over the years crop up in a variety of media and projects,” Linke added.

Ella Purnell (Yellowjackets), who plays Jinx, was also discovered. “In the game, we all know who she is,” Yee remarked. “But we really wanted to give her this other dimension, to see this nuance and the actual human behind Jinx’s huge, brilliant, flashy façade, and I think Ella did a fantastic job with that.”

When will the second season of Arcane air be?

However, as Laurent points out, it won’t arrive until at least 2023.

“We’re beyond delighted about the good reception to Arcane’s first season,” co-creators Christian Linke and Alex Yee said. “We’re working hard with the creative magicians at Riot and Fortiche to deliver our second installment.”

Season one had a unique format in which three episodes were released at once; you can anticipate season two to follow suit once it airs.

Yee claims that (via Superpixel). “In terms of a release timeline, this was a concept that we had early on. We planned the tale around the concept of getting triplets. Every three episodes, you feel like you got a solid portion, and the third episode usually has some significant moments at the conclusion.

“With shows that are more in the half-hour range, I believe that having just one every week doesn’t give you much to chew on. Then, if we release it all at once, you’ll be surprised at how quickly you’ll be able to view it.

“Riot also wanted to make this an event, so they wanted to provide the chance for fans to gather and speculate, as well as tasks and missions from the games that could be unlocked while you watched. We got the best of both worlds with this schedule. You won’t have to wait long to see everything, and each time we release a new episode, there should be enough content for you to feel like “we got to sit down together and have a whole viewing experience.”

Who will appear in Arcane season 2?

There’s no confirmation on this front, yet again. However, based on the teaser above, we expect a trio of female characters to return in Arcane’s sequel:

Vi, Jinx, and Caitlyn will all be back for Arcane season 2 as the video above shows. We hear the trio’s voices at various moments in the teaser, and considering that they all watched on rather than being there in the room during the spectacular season 1 conclusion, we know they’re safe and should return for season 2.

So, who else could show up? That depends on who survives the attack on the Piltover council chamber. As we previously stated, we believe Mel and/or Cassandra could be killed or injured as a result of Jinx’s strike, as well as any of the other council members. However, we believe Jayce will survive. In our opinion, he has a bigger role to play, and he’ll undoubtedly want to bring Jinx to justice for her misdeeds.

Season 2 will almost certainly add new characters. There were numerous deaths in Arcane’s first installment — Silco, Vander, and Marcus, to mention a few – necessitating the creation of new supporting characters. We have no idea who might appear, but there are plenty of League of Legends heroes and villains that Riot, Netflix, and Fortiche Productions might use for the animated series.

When will the Arcane season 2 trailer be released?

Because production on the second season has only recently begun, the new footage will not be available for some time. Expect a trailer in late 2022, presumably after the season two release date has been set.