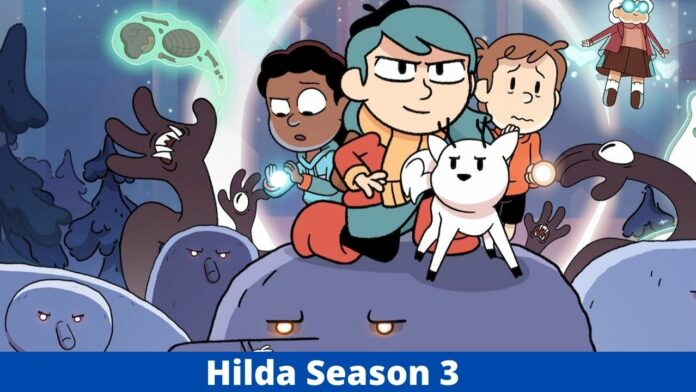 In times like these, a little bit of playful fantasy is just what we all need. This is where a program like Hilda may help. The show follows the adventures of a brightly-haired little girl named Hilda, who is accompanied on her travels in the city of Trolberg by a crew of spritely magical pals. The show first aired on Netflix in 2018, and it is based on Luke Pearson’s graphic novel series of the same name.

Fans are now eager to see what the entertaining cartoon has in store for them next. A 70-minute movie special is known to be in the works for the series, in addition to finishing its second season (via Silver Gate Media). However, there has been no indication that a third season will be released on Netflix anytime soon. With Hilda’s ultimate fate still unknown, the details of a possible season 3 are also shrouded in mystery.

When will Hilda season 3 be released?

Even months after the release of season 2, there is still no announced release date for Hilda season 3. Even worse, fans who were looking for a yearly release schedule will most certainly be disappointed. Though Hilda’s second season was announced soon after the first, it did not premiere until 2020, two years after the first. This means that, even if Hilda season 3 is set to be released shortly, we won’t see it until a significant amount of time has gone.

Fans will have to rely on the soon-to-be-released movie special and graphic novels to get their Hilda fix until then.

Of course, there’s a chance Hilda will be released much sooner than predicted by Netflix. However, until the streaming behemoth makes a formal announcement, the series’ fans will likely remain in the dark.

Hilda season 2 ended on a cliffhanger, so fans were left hanging. According to TheCinemaholic, Hilda’s mother discovers that her daughter has been replaced by a little troll named Baba after escaping a troll-infested woodland. Meanwhile, Hilda is trapped in the body of a troll in the troll forest. It’s unclear whether this sequence of events has anything to do with the planned Hilda film, but it could explain why Netflix has been quiet about season 3.

Aside from that, there’s really little indication of what Hilda season 3 might bring. However, the bright side is that it may turn out to be anything. Hilda is all about discovering the unknowns of a mystical and magical world. In a strange way, this justifies the complete lack of information about Season 3. Finally, the mystery may be the most enjoyable aspect of it.

The cast for Hilda season 3:

The cartoon’s major characters are:

There will be some new characters introduced to the audience.

Netflix has not revealed anything about Hilda’s supernatural world, which will be explored in this next special film. Fans, on the other hand, are already aware of Season 2’s conclusion. In the year 2022, Hilda and the Mountain King will be available for streaming worldwide. Hilda’s mother discovers that she has been replaced by a strange monster. Hilda has taken on the form of a troll! The mother becomes frightened and ill, trapping the two of them in an endless race. So they can rejoin before Ahlberg can deploy their new hidden weapon. Fans are eager to find out what happens next in the adventures of Hilda, their favorite heroine!