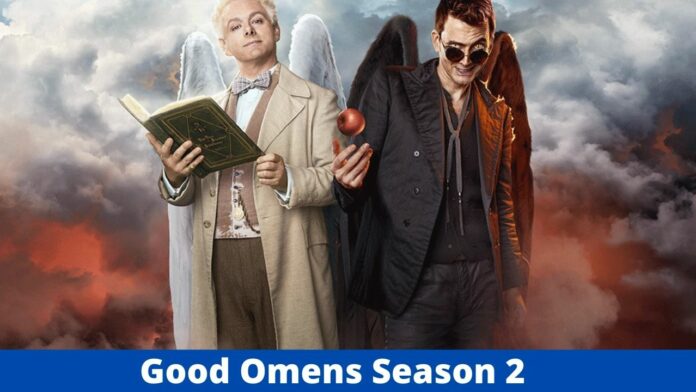 Season two of “Good Omens” was never planned to happen.

Neil Gaiman, the show’s creator and showrunner, as well as co-author of the novel it’s based on alongside Terry Pratchett, was initially very clear on that.

“The beauty of ‘Good Omens’ is that it has a beginning, middle, and end. ‘Good Omens’ season one is titled ‘Good Omens.’ This is fantastic. It has reached its conclusion. We only have six episodes left, after which we’ll be done “According to the Austin American-Statesman, he spoke to an audience at South by Southwest in 2019.

However, since then, fans of the show, which follows the unlikely pairing of angel Aziraphale (Michael Sheen) and demon Crowley (David Tennant) as they work together to find the Antichrist and thwart Armageddon plans, may have gotten some — well, some positive indications — about the possibility of Season 2.

Season 2 of Good Omens does not yet have a fixed release date, although it is slated to arrive in 2022.

Who’s in the cast of Good Omens season 2?

Tennant and Sheen have undoubtedly returned as the show’s faces.

Paul Adeyefa, Michael McKean, Gloria Obianyo, Miranda Richardson, Maggie Service, Reece Shearsmith, and Nina Sosanya are among the others who have returned. However, the cast of Good Omens has indicated that some of the returning performers will play new roles. We’ll update you as we have more information on that strange revelation.

What will happen in the second season of Good Omens?

“In Good Omens, I got to use some of the sequel, which is where our angels came from. Terry is no longer with us, but when he was, we discussed what we wanted to achieve with Good Omens and where the plot should go next.”

Where did Season 2 of Good Omens take place?

Director Douglas Mackinnon was reportedly ecstatic to return to Scotland for the filming of Good Omens.

Much of the filming took place in Edinburgh and Glasgow, and performers Michael Sheen, David Tennant, and Jon Hamm were all spotted in the two cities.

A Newington bar, The Cask, and Barrel, was redecorated and transformed into the fictional Resurrectionist for Sheen to act out various scenes in one scene in particular.