Clarkson’s Farm Season 2: What We Know So Far About This Series! 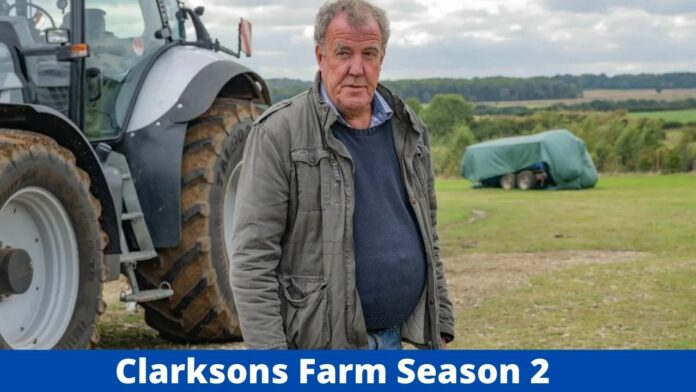 Clarkson’s Farm is a British documentary television series about Jeremy Clarkson and his Cotswolds farm. Amazon Prime Video aired it for the first time on June 11, 2021. The series was renewed for a second season in July 2021.

The show is expected to film until the end of next summer, which coincides with the conclusion of the agricultural year, for a total of 12 months of filming, and if the structure from the first season is followed, viewers will be able to see the show sometime in 2023 or 2024.

When you consider editing and the time to advertise the second season, it appears like Diddly Squat’s next contribution may not arrive until 2023.

Cast for the Second Season:

The whole cast of the first season would return for the second series (that’s a British season) of the show, according to Clarkson’s video announcing the renewal. “All the gang is back: happy Charlie, Lisa, Gerald, and the foetus in the tractor,” he continued.

Kaleb Cooper (the “foetus on the tractor”) looked to be filming the video, as he turned the camera on himself and repeated his new series name, “‘Kaleb’s Farm.'”

Cooper has quickly established himself as one of the show’s breakthrough stars, demonstrating that he knows what he’s doing and has a genuine passion for farming. “Personally, I’d like to [do more television], but only if it’s part of the farming side of things. I couldn’t imagine doing anything else besides farming.” He told Country Living about it.

He also cited Clarkson’s real-life partner, Lisa Hogan; Gerald Cooper, a farmer and dry stone waller with a thick West Country accent that makes him difficult to hear; and Cheerful Charlie Ireland, a land agent with plenty of advice for Clarkson.

Clarkson also showed off two new visitors to his farm on social media, both of whom may appear in Season 2 if viewers are lucky: a charming white cow named Pepper and a brown one that needed a name — at the time, at least.

The Plot of Clarkson’s Farm Season 2: What Can We Expect?

Clarkson aims to diversify while strengthening his agricultural knowledge in the next season, according to Deadline. Meanwhile, a few spoilers for the forthcoming season have already been divulged by cast members. Clarkson revealed that he’d introduce additional animals to the farm when he shared photos of the two cows. Cooper also shared a photo of a shattered fence with the remark, “It was all going so well until someone decided they didn’t like the gate anymore, wonder who that was,” on Instagram. “So frustrating,” Clarkson responded, while the official Amazon Prime U.K. account added, “Spoiler alert” with a sweating face emoji.

Beyond that, fans can expect more of the antics that have made “Clarkson’s Farm” into “Jeremy’s uncensored love letter to farming,” according to Dan Grabiner, Amazon Studios’ president of U.K. originals.

“It’s the series’ realism, charm, and humor, mixed with the farm’s amazing personalities, that have made the series such a tremendous hit with audiences,” he said. None of that will change in Season 2, so fans can expect more of what they enjoy, from the stunning views of the English countryside to the humor of Kaleb’s warnings about how tricky sheep can be, and how Clarkson bumbled it this time.