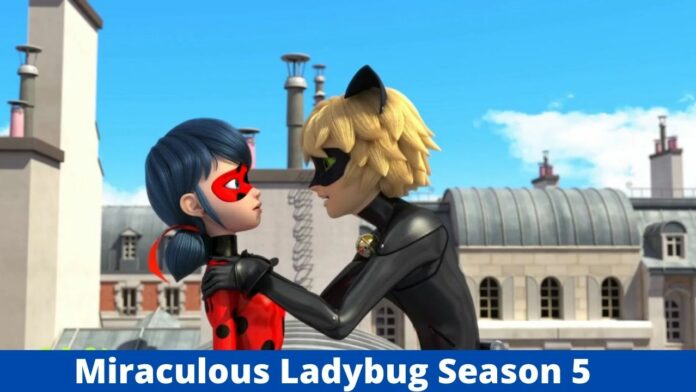 Miraculous is a television series set in modern-day Paris that follows a group of teenagers. When evil strikes, Marinette Dupain-Cheng and Adrien Agreste transform into their superhero identities, Ladybug and Cat Noir, respectively, using magical jewels known as the Miraculous. Hawk Moth (later Shadow-Moth) covets their abilities and tries to steal them by using his Akumas, evil-infused butterflies, to transform regular Parisians into supervillains when they have terrible luck. They are oblivious of one other’s hidden identities as they fight with their love for one another. When will Miraculous Season 5 be available on Netflix?

Season 5: What Can We Expect?

According to producer Jeremy Zag, the Miraculous crew is now working on the film, comics, television, and Miraculous Season 5. During Season 5, Ladybug should travel the world in quest of additional Kwamis. The Kwamis were vanquished in some ways.

This confirms our suspicions that there are more Kwamis than the 19 currently recognized. There should be a lot of Kwamis because each one is born as a result of a new thought or feeling. I doubt Ladybug will be able to resurrect them all, but at the very least, we’ll be able to locate a new Kwame, and therefore new abilities. As a result, we should learn more about the well-known yet still enigmatic Kwamis in Season 4.

Will there be a new supervillain in Miraculous Season 5?

We have no idea what Miraculous’ future holds. However, according to Jeremy Zag, we now know that Papillon will be up against a new supervillain. It’s unknown whether he’ll appear in Seasons 4 and 5 of the show.

How Many Episodes Will There Be in Season 5?

Unless there is new information, Season 5 will consist of 26 episodes, much like the previous seasons. Knowing the episode list is, of course, still a long way off.