Cancer campaigner and Podcaster Deborah James, whose frank account of living life with...
HomeNewsAre You The...

Are You The One Season 4 Cast: Are They Still Together? 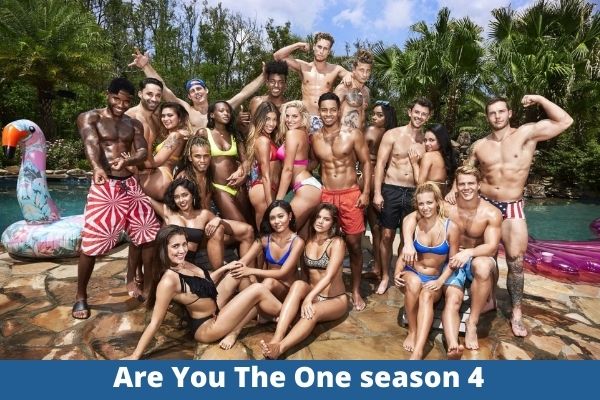 A matching algorithm is used to link together the ‘Are You The One?‘ hopefuls. It’s kept a mystery, so the candidates must estimate their matches via conversations and dates.

However, even if they correctly guess, each incorrect guess reduces the overall prize money by up to a million dollars. The post-production lives of reality stars are always intriguing to observe, so we decided to delve in and discover where the season 4 cast is now at.

As soon as they met, Cameron and Mikala knew they had found their soul mate. According to reports, they were the first-confirmed match in the show’s history and had a great season together.

After the shooting finished, the pair moved in to try their relationship. Even though they opted to go on ‘Are You The One: Second Chances,’ the couple looked to have split up by early 2017 despite their appearance on the show.

While on the road and living life on his terms, Cameron seems to be enjoying himself. On the other hand, Mikala is a social media influencer who enjoys keeping her followers up to speed on her personal life.

With Joe Torgerson, she had a wonderful connection as well. In August 2020, the pair announced their engagement after keeping it a secret for some time.

After the fourth season, Sam and Alyssa became a strong friendship. Their coupling wasn’t tested until week 6, although they were often seen together and seemed like a good match.

The rumors about Sam and Alyssa’s compatibility were confirmed in week six when they discovered they were a match made in heaven.

Although they had even taken up residence in the honeymoon suite, their relationship started to unravel. As a result of their time together, they realized they weren’t destined to be together.

Alyssa has a lovely life and works as a producer for Salvi Media at present. Kevin Melaniphy, with whom she is reportedly involved, relocated to Los Angeles in the fall of 2021.

Nonetheless, Sam chooses to maintain a low-key social media presence. Together with the lack of any new information on his location, it leaves us in the dark.

At first, it seemed like Prosper and Emma had chemistry, which fueled rumors that they were dating. In contrast, their relationship appeared to falter after proving their position as a perfect match and entering the honeymoon room.

He later said they didn’t click and quickly understood it wasn’t meant to be. Prosper

Prosper has since earned it big as a singer and is fairly established. In addition, he has a lovely wife and three gorgeous children.

For Emma, she now goes by Emma Miller and runs her own cosmetics company on Instagram. Emma married Mitchell Miller in June 2021, and the couple seems to be enjoying the next chapter of their romance.

Neither Cam nor Julia entered the Truth Booth with the same person twice. In week nine, the Truth Booth, they have eventually discovered the ideal match.

Despite this, neither participant showed much interest in the other during the season, preferring to focus their attention on other people. No one was surprised that Cam and Julia decided not to pursue a romantic connection even after learning about their coupling.

Cam seemed to favor a solitary existence at the moment. We can, however, confirm that he is now married to ‘Are You The One?’ season 5 competitor Carolina Duarte, and the two are delighted to have found each other and started a family.

On the other hand, Julia is the co-host of the podcast “The Sh*tshow” and is dating YouTuber and boxer Jake Paul.

Tori Deal and Morgan St. Pierre did not end up being a perfect match, but they formed a relationship throughout their time on the program and seemed to have a bright future ahead.

Reports indicated that Tori even dated other persons after the movie’s shooting. Their romance faded even though they met again during their time on ‘Are You the One: Second Chances.’

The two have gone their separate ways ever since, with Morgan launching his clothing and jewelry line. In contrast, Tori has launched a podcast called “Tori Dealing With,” written a children’s book called “The Adventures of Bumble Pea and Koala Pear: The Search for Syrup,” and even started a self-care organization called “Suiheart Club.”

In addition, Stephen McHugh and Julia Rose seemed to develop a romantic connection while shooting and remained together after that. Trouble, however, soon arose, and the two were forced to part ways.

Even though Stephen and Julia started Shagmag, a digital magazine, Stephen now wants to keep a low profile on social media.

While Giovanni Rivera has become a professional boxer, Asaf Goren has become a reality TV star following his appearance on ‘Are You the One?’

For Tyler Norman and John Humphrey, the two surviving male participants on Dancing With the stars, it isn’t easy to know what they are doing right now.

Kaylen Zahara is a well-known social media influencer, while Francesca Duncan has established herself as a popular vocalist.

Nicole Brown also appreciates spending time with her family and is active on social media to keep her followers updated. In contrast, Victoria Wyatt and Camille Satterwhite have opted for anonymity and attempted to avoid the limelight at all costs.