Rebelde Season 2 released! everything you need to know 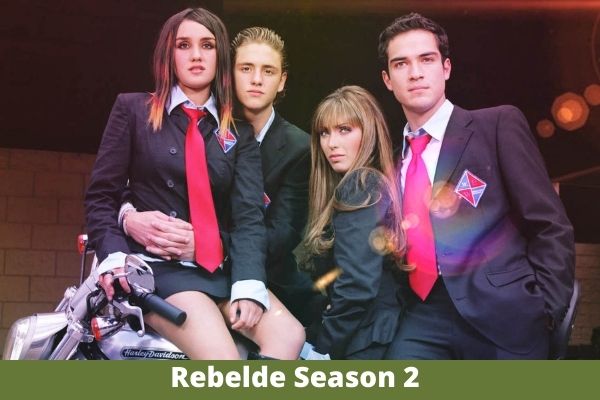 With its roots in Argentina’s “Rebelde Way,” a very successful melodrama, the program centers on the musical exploits of first-year students and the ever-present danger posed by a shadowy organization known only as “The Lodge.”

An amateur band, the chaos of high school, and the pleasures and hazards of adolescence are all included in this musical comedy-drama. Fans are eager to find out what happens to the Netflix revival.

the second season of the drama was released on 27 January 2022.

If you’re interested in learning more about the second season of the program, we’ve put up this guide. Season 2 of ‘Rebelde’ was released on 27 Jan 2022

MJ and her classmates at the boarding school establish The Nonames and plan to compete in The Battle of the Bands in Season 1. But as soon as a strange gang known as The Lodge began terrorizing the kids, mayhem ensues.

As the last game round approaches, we witness how friendships are challenged, and each member’s terrible background comes to light.

We learn in the season finale that The Noname are eligible to compete in the championship round. However, Luka is expelled instead of Sebastián, the head of The Lodge, owing to politics among the school board.

After Emilia dumps Sebastián, MJ quits her band and chooses to perform with him instead, which is a shocking turn of events. Before they begin their performance, The Nonames expose the school board’s offer and the truth about The Lodge onstage.

Season 2 of Battle of the Bands presumably focuses on the fallout from the first season’s events. As a result of her betrayal, we’ll learn more about MJ’s relationship with The Nonames and whether or not they can forgive her.

The destiny of Luka and Andi and Emilia’s relationship might also be revealed. It’s a given that there will be more student drama, musical rivalry, school board politics, and interpersonal difficulties in the Netflix series’ second season.