Joey Defrancesco, the munificent Jazz Organist, saxophonist, and trumpeter of America died on...
HomeEntertainmentY The Last... 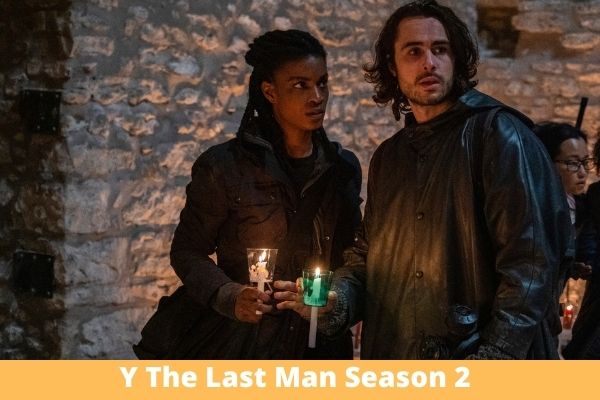 ‘Y: The Last Man is a TV version of Brian K. Vaughan and Pia Guerra’s popular comic book series of the same name. Elaborately crafted by Eliza Clark for the small screen and set in the aftermath of an unexplained catastrophe that wipes out almost all males on the planet, Yorick is a survivor of the apocalypse.

Critics have given it a favorable assessment, praising the film’s rendition of the original material.

Gender identity and conformity are explored in a fascinating first season of the program. Yorick’s survival is also examined. Some big issues remain unsolved after the season.

People ask whether there will be a second season to wrap things up. As a result, we’d like to give you some insight into ‘Y: The Last Man’ season 2!

Season 1 of ‘Y: The Last Man debuted on FX on Hulu on September 13, 2021. Three of the ten-episode-long first season premiered simultaneously on the streaming site.

The show’s episodes run anywhere from 47 to 54 minutes long. After a mostly positive first season, several reviewers have expressed hope that the program would continue to improve as the tale unfolds.

As a result, the show’s viewers should be positive about its future. Fans will be disappointed to learn that a second season is not likely to happen. Hulu’s FX announced the show’s cancellation on October 17, 2021.

Many were taken aback by the revelation, given that the last three rookie season episodes were yet to be broadcast. Neither the broadcaster nor the production company specified why the program was canceled at the time. Reports revealing the reasons for the show’s cancellation appeared a few days later.

As a result, ‘Y: The Last Man’ season 2 may be considered officially canceled.

In retrospect, it seems that certain networks and platforms aren’t well-suited for comic book programs. A good illustration of this is the streaming service Netflix.

It is known among comic book enthusiasts for discontinuing its Marvel Comics series and Jupiter’s Legacy, although it is the mainstreaming service.

Helstrom and Y: The Last Man are two shows FX has attempted. Two businesses with a lot of promise. It’s possible that not every network can pull off a successful comic book series.

Meanwhile, DC and Marvel series on The CW, HBO Max, and Disney Plus seem to be on the right track.

Cancellation in this circumstance does not imply the end of the matter. Y: The Last Man might be revived as long as there is a new streaming service or TV network. Y: The Last Man belonged on Amazon Prime from the get-go.

On Amazon, we’ve seen programs like The Boys and Invincible flourish because they can be themselves. As a result, the difficult topics will be brought up and utilized often.

It’s no secret that FX has done an excellent job of empowering artists, but there was something about FX on Hulu’s Y: The Last Man that didn’t quite work for me.

Y: There is a chance that The Last Man will be taken up. So, don’t be shocked if that occurs soon. Comic book franchises are in high demand. Z: The Last Man has to be up there with the finest of them!

If the first attempt fails, there’s always the possibility of turning this into an animated series. It would offer the creative team greater leeway to work with the original material and their creative vision. “

It’s heartening to see that everyone involved in the play is so committed to making it a success. It serves as a reminder that being told “no” is only a hurdle to overcome. Getting over it is all you need to do. They should, so here’s hoping.