Joey Defrancesco, the munificent Jazz Organist, saxophonist, and trumpeter of America died on...
HomecelebrityWho is Rick... 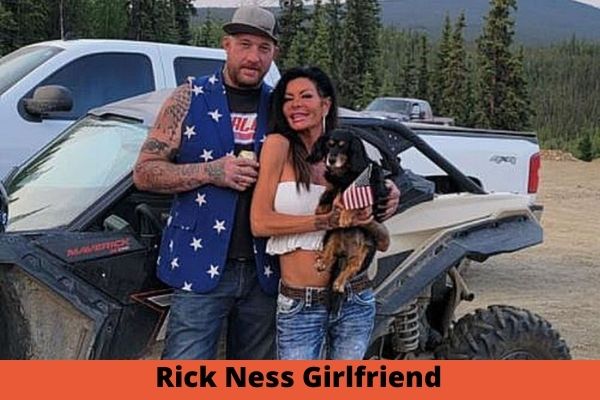 Even before Rick joined Parker Schabel’s Gold Rush team in 2012, everyone knew he had the charisma to thrive independently.

Rick started his mining firm in Season 9 of Gold Rush and hasn’t looked back since. A great deal is known about the reality TV star, but there’s still a lot to discover. Several intriguing facts about the actor have come to light, and we plan to explore them in-depth in the coming weeks, including his marital status. Let’s get started now.

There have been rumors circulating regarding Rick Ness’ partner recently on the Internet concerning the Gold Rush star. After Karla Ann Charlton, Rick’s co-star, was related to him the accusations. She was a gold room operator and survival specialist on Rick’s crew.

Must check: Shirtless Jeff Bezos with girlfriend Lauren Sanchez cozy up on the yacht together During a trip to St. Barts

Rick Ness has publicly confirmed his relationship with Leese Marie, dispelling various fan assumptions. Ness has never been open about his personal life, and he and Marie were recently ridiculed on the Internet for their appearance. However, the pair handled the situation beautifully and did not “feed the troll.”

Several media identify Jen Ness as Rick Ness’ ex-wife, although other articles claim she is married to or was formerly married to Randy Ness, Rick’s twin brother.

Leese Marie looks to be in her mid-to-late-30s or early-40s, but nothing more is known about her. There are a few websites that claim she was born on October 25. However, this is not verifiable. In April, Gold Rush Season 12 will include Marie’s appearance on Rick’s Facebook page.

Rick expressed his thanks to Marie for joining him in the Yukon on Facebook in August. “This mining season in The Yukon is the finest by a mile due to this chick right here,” he said with a photo of the two of them.

While Marie’s birthplace and nationality remain a mystery, some fans believe she is from Milwaukee, like Rick Ness.

On October 9, Rick wrote on Facebook that he was nearing the end of sluicing on the Yukon site and was ready to return home to Leese Marie. Approximately a month ago, she returned to their residence. It reveals that the pair may have just moved in together and that Leese Marie resides in Milwaukee.

In July, Ness and his dog, Ruby, were seen in front of an off-road buggy. Rick has already shown his passion for off-roading by publishing photographs of the same on Facebook, so this probably means that the pair goes off-roading quite a bit.

Leese Marie doesn’t seem to have any public social media presence, making her even more reclusive than Rick.