Joey Defrancesco, the munificent Jazz Organist, saxophonist, and trumpeter of America died on...
HomeEntertainmentBreath of the...

Breath of the Wild 2 -and all updates 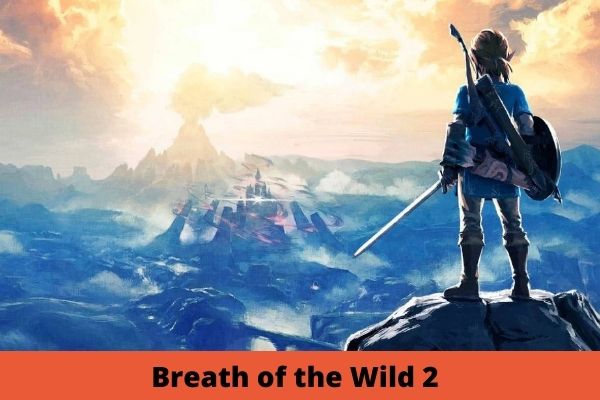 As a gamer, ‘Breath of the Wild promises to be a Zelda classic, but it also gives you the freedom to create your unique style of play, which contradicts the formulaic linear approach of most previous Zelda games.

This approach manages to capture the original’s spirit while being open-ended and adaptable for a wide range of studies. ‘The Legend of Zelda: Breath of the Wild’ is a highly recommended action-adventure game for even the most satiated of gamers.

There is good news for those who have already played it and are wondering whether there will be a follow-up.

Breath of the Wild 2 coming?

E3 2021 provided us the greatest look yet at Breath of the Wild 2, which had previously been limited to an announcement video and a few brief statements.

BOTW 2’s release date was teased during Nintendo’s presentation, which showed off a new gameplay video and revealed that the game would be expected to arrive in 2022.

In March 2017, the Nintendo Switch premiered with Breath of the Wild. Thus March 2022 would be a nice fifth anniversary for the original Nintendo Switch.

Peer Schneider, CEO of IGN Games, referenced Breath of the Wild 2 in “November 2022” on the IGN Games podcast in December 2021. Although it’s all up in the air, things are expected to be on pace for 2022.

Breath of the Wild 2 possible Plot

Link awakens after a lengthy hibernation among the ruins of Hyrule, where a horde of demons confronts him. Calamity Ganon resurrected and destroyed everything that Hyrule was once known for when Link sees the ghost of an older man, who turns out to be the Kingdom’s previous monarch.

Because no one had been able to slay the terrible monster, he was imprisoned inside the fortress walls of Hyrule. Meanwhile, Ganon has grown stronger, and he will soon be able to release himself from his shackles for good. Before he can accomplish it, Link has to kill him first.

Guardians and Divine Beasts were utilized by another hero and princess 10,000 years before the game’s events to conquer the Calamity. When Link seeks to learn more about these devices, he chooses to meet Sheikah’s elder Impa.

It was only until Ganon’s return to the Kingdom coincided with the resurfacing of the Beasts’ control expertise that he was able to learn more about it.

Back in the day, the Divine Beasts were in charge of the Zora princess Mipha, the Goron warrior Daruk, the Gerudo leader Urbosa, and Rito archer Revali.

During this time, Zelda could not get the prophesied strength, and when Calamity returned to destroy the Kingdom, she was helpless. To wage war on Hyrule, Calamity wisely seized control of the Guardians and Divine Beasts.

Zelda had no choice but to lock Link in the Shrine of Ressurection to aid in his recovery from his deadly wounds out of desperation. Later, she sealed herself in the castle with Calamity using her sealing abilities.

Aside from hunting down Calamity and defeating him, Link must now learn more about the fallen Champions responsible for manipulating the Divine Beasts if he hopes to revenge on his Kingdom’s demise.

Zelda has been imprisoned there by Calamity, and he must get her out quickly before he is overcome and causes chaos across the Kingdom.

GameSpot predicts that the second installment in the popular series is expected to be an exact sequel, taking place at about the same period as the first. Zelda and Link may have a “repair of Hyrule” mission in this sequel, likely to be set in the Kingdom of Hyrule.

Breath of the Wild 2 Gameplay

In ‘Breath of the Wild,’ Link had entrance to a large universe where he could stroll, climb, and even paraglide across it. We may expect to see similar mechanics in the future since these motions were so enjoyable to use. Many exterior barriers have to be overcome by Link using weapons or by picking a new route.

On top of all of that, the original game included an intriguing and potentially game-changing physics engine that let players chop down trees to make boats or even spread wildfires over open fields.

“Breath of the Wild” does not require you to take a linear course that culminates in a major fight, unlike all previous Zelda games. You may fight Calamity right away after you leave the beginning location.

Still, it’s best first to complete other objectives to gain powerful weapons and uncover the secret of the Divine Beats.

“Breath of the Wild 2” is expected to have a similar system in which missions do not follow a logical sequence, and players are allowed to go at their own pace.

One way or another, the initial game had controls that reminded players of the 3D Zelda games. All of this, including the manual jump function, is expected to be carried over to the sequel.