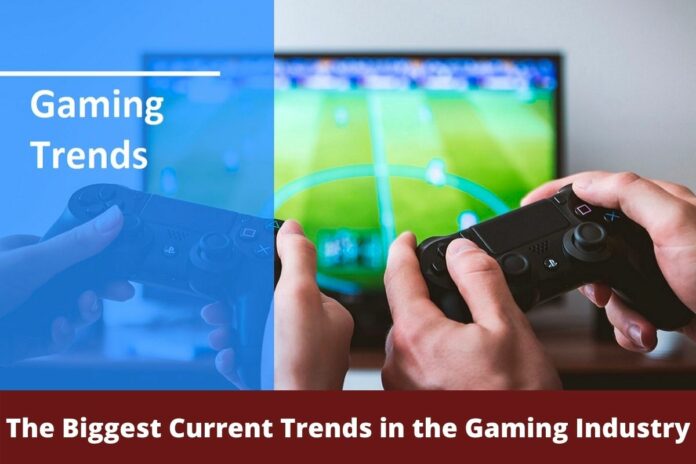 The gaming industry is currently one of the biggest and most profitable industries in the entire entertainment sector. Market researchers and analysts predict that profits from the gaming sector could soon eclipse those made by the television, film, and music industry individually.

Once thought to only appeal to a very select demographic, the world is now opening up to the reality that gaming is popular worldwide and that there is a game suitable for everyone. Whether it is your aunt who plays Candy Crush, your little brother who loves Fortnite, or your friend who enjoys The Goose Game or Animal Crossing, there are increasingly games for anyone to play.

One of the most important changes in the gaming industry has been how games are monetized. Some new game production companies opt for subscription-based games or in-game purchases instead of the more traditional PC game purchase or game console and game purchase models.

As you can imagine, subscriptions and free-to-play games with in-game purchase options are much more accessible because they are cheaper to play. That has revolutionized the gaming industry and has opened it up to a whole new demographic of gamers.

A new form of social engagement

Another trend that is gaining traction is the rise of social gaming. Social gaming can involve people meeting up virtually and playing together, such as in Massive Multiplayer Online games like Fortnite. It allows enthusiastic players from around the world to work together, get to know one another, and have fun.

Another form of social gaming has been the rise of gaming streamers on platforms such as Twitch and YouTube. These streamers Livestream their playing for their watching fans, and some of them are even able to profit from their efforts as they can develop loyal, engaged fan bases and communities.

The Covid-19 pandemic likely hastened the growth of social gaming because so many people had to stay at home, alone or in relative isolation, for long periods. During that time, social gaming provided a lot of people with fun, socializing, and, most importantly, a sense of community.

The online gambling industry became more popular as the tech improved. More and more people started using their phones and tablets for everyday tasks like grocery shopping, entertainment, and navigation. Now, we use our phones for nearly every facet of our daily life, but even a few years ago, it was not as common for people to buy their clothes, groceries, and furniture online.

Market analysts predict that the online gambling industry will continue to grow because of the convenience and ease of using a mobile device to gamble rather than commuting to a nearby brick-and-mortar casino. Live casino games also now give gamblers the feeling of playing on a bustling casino floor, but with all the benefits of playing at an online casino. Players now have the convenience of betting online with a variety of different payment methods at their disposal.

Aside from convenience and the proliferation of mobile technology, online casinos became incredibly popular over the last few years due to the Covid-19 pandemic causing a global health crisis and resulting in the temporary closure of brick-and-mortar establishments, including casinos and betting shops. When physical casinos and betting shops closed, gamblers needed to instead turn to digital platforms to place their bets or play games. Many have tried gambling online and enjoyed it, so they are reluctant to transition back to gambling in physical establishments.

The future of gaming

No one knows what the future holds, which is especially true for the gaming industry because it constantly grows, changes, and adapts. However, it is still worth considering where the next big venture could lie in the future of gaming. The one commonly predicted trend is that there will continue to be new consoles released on a cycle of about three to four years to maintain consumer interest and encourage brand loyalty.

Another trend that market analysts have identified is the rise of Augmented Reality and Virtual Reality, or AR and VR. You may be tired of hearing about AR and VR, and to be fair, these particular technologies have been around for a while. However, the technology for AR and VR was very limited for many years, and anyone who wore an early headset can tell you that the gameplay was choppy, uncomfortable, and unrealistic.

These days, the technology for AR and VR has advanced to such a degree that the games and gameplay are becoming increasingly realistic, smooth, and exciting. It is likely that in the next few years, we could see what we were initially promised by AR and VR creators – good quality, fascinating worlds into which a player will feel incorporated.

These are just a few of the significant trends currently dominating the gaming industry. The sector is so large and diffuse that it would be nearly impossible to identify and discuss all the different trends, forces, and factors at play in this dynamic and fluid industry. Although the gaming industry is difficult to pin down, the one thing you can rely on is the fact that the video game industry will forever work to innovate, create, and surprise its loyal fans and followers.

Smartwatch Gambling: An Upcoming Trend That’s Here to Stay or Just a Craze?