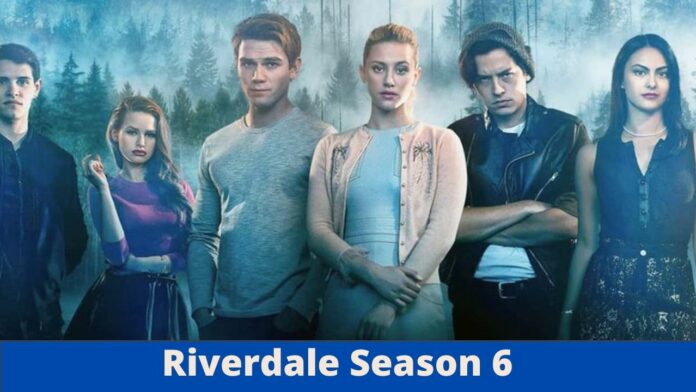 The wait for ‘Riverdale’ season 6 will be very short, and we can all be thankful for that. The trailer for the season 5 finale teases a ton of romantic moments between all of our faves and … Cheryl Blossom being burned at the stake Joan of Arc?

If we had to wait any longer than necessary for the sixth season, we would all self-combust. Fortunately, ‘Riverdale’ season 6 is on its way soon, and here’s everything you need to know.

Riverdale Season 6 Release Date and Where You Can Watch It

‘Riverdale’ season 6 will hit The CW just one month after the end of season 5 on November 16, 2021. The season will premiere following ‘The Flash’ season 8. Season 5 of ‘Riverdale’ will show up on Netflix a week after the finale airs on The CW, so you’ll have three weeks to binge the series and catch up just in time for season 6.

Riverdale is an American teen drama television series that premiered on January 26, 2017, and has become one of the most popular in the country. This sitcom gained enormous popularity after only a few episodes, and it now has a new season, Season 6. Riverdale Season 6 has piqued the interest of fans, who are eager to learn when it will be released. Riverdale Season 6 is set to premiere on November 16, 2021, according to reports. These are, however, simply guesses. As a result, we’ll have to wait for an official announcement on Riverdale Season 6’s release date.

What is Riverdale About?

‘Riverdale’ is an updated retelling of the all-American Archie comics first introduced back in 1942. Familiar faces like Archie Andrews, Betty Cooper, Veronica Lodge, Jughead Jones, Cheryl Blossom, and the rest of the citizens of the fictional town of Riverdale are now enduring issues much more extreme than figuring out which girl Archie is going to take to the beach party.

Students having affairs with teachers, organized crime, drug-smuggling, incest, twin murder mysteries, shirtless vigilante justice, public execution, blowing up houses, masked slashers, cults, and organ harvesting (sometimes set to song) are just a small sample of the conflicts that exist within the world of ‘Twin Peaks’ for teens. ‘Riverdale’ has always leaned into its camp and phantasmagorical storytelling, and it’s consistently one of Netflix’s most popular licensed acquisitions.

‘Riverdale’ was developed by Roberto Aguirre-Sacasa, the chief creative officer for Archie Comics, who also serves as a writer and showrunner for the show. ‘Riverdale’ has employed a variety of writers and directors over the course of the show’s history, and this will likely be the case for season 6. The series is executive produced by Jon Goldwater, Sarah Schechter, Greg Berlanti, Roberto Aguirre-Sacasa, and Michael Grassi with J B. Moranville producing. Riverdale is distributed by Warner Bros. Television Distribution.

Season 6 of Riverdale has how many episodes?

There are five episodes

The fact that this five-episode series is titled Rivervale signals to viewers that things are going to be a little different on the show. Normally, Riverdale is more of a crime drama, but for the first five episodes of Season 6, the programme is taking a horror turn.

The ever-increasing drama was showcased in a new trailer, which concluded with Sabrina’s presence.

After the season 5 conclusion, the first Riverdale season 6 trailer was released. Toni informs someone on the phone, “Something horrible is happening in Rivervale.” She says “Rivervale,” which is the title of the five-episode special event in Season 6.

Cheryl is later shown in the trailer sporting a headdress that gives off intense Midsommar vibes. That would make sense given Aguirre-description Sacasa’s of the incident as “firmly in the horror genre.”