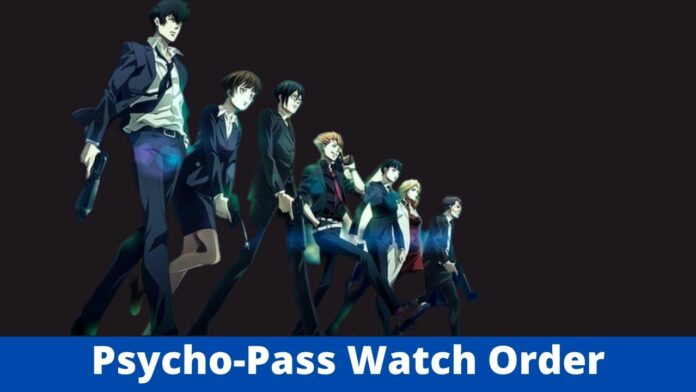 One of the most cerebral anime, Psycho-Pass is a masterpiece. It’s an anime set in a cyberpunk world, which means it has a lot of themes to consider. Because of its post-apocalyptic setting, Psycho-Pass begs numerous metaphysical questions that are perfectly suited to the topic. The drama is powerful, and the anime moves at a quick pace with excellent graphics. The narrative is fascinating, and the events are unpredictable. The film has no dull moment, and we as the audience are never bored because it paces itself in such a way that there’s no downtime.

Despite the fact that there isn’t as much material as other well-known anime, there are a few extensions in the form of movies that might perplex newcomers.

We also get to see excellent character development, as well as good supporting characters.

There are three seasons to Psycho-Pass, each of which has 41 episodes. Case and film stories, as well as no fillers, make up a significant amount of the narrative.

The anime does not have a complicated time line, but the events in the movies occur between seasons.

The series’ timeline covers a long period of time, with new characters appearing as we progress to season 3. It is, therefore, advised that you view events in chronological order to get a better vantage point on them.

The anime series Psycho-Pass is a cyberpunk work produced by Production I.G. It was written by Gen Urobuchi, directed by Naoyoshi Shiotani and Katsuyuki Motohiro, and co-directed by them. Akira Amano designed the characters, and Yugo Kanno composed the music.

The Sibyl system is the advanced networking system of psychometric scanners, which constantly scans the mental health of the general population. This is the name of the evaluation in Psycho-Pass.