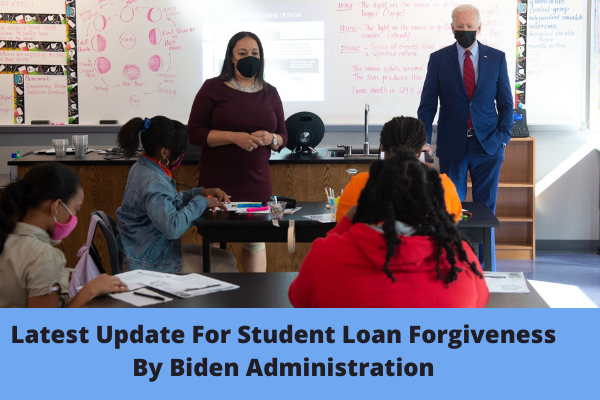 The administration unveiled a new measure on Tuesday to help millions of distressed borrowers who have been trapped in a debt cycle. Under the action, student debt collectors will be prohibited from charging penalties to those struggling with their payments because of economic hardship.

The administration also announced that it is creating a “labor” advisor at the Department to assist students and borrowers in navigating the repayment process.

For decades, the Department has made clear that only borrowers who took out loans before October 2007 and meet specific financial and other requirements can receive loan discharge.

The administration’s new measures will not change that practice; instead, they will help borrowers who might otherwise be ineligible for loan forgiveness.

The action by the Department is especially timely as student debt collection abuses have gotten worse over recent years. The Consumer Financial Protection Bureau (CFPB) has uncovered new details about how student debt collectors have charged struggling borrowers excessive and illegal fees.

For FFEL loans, the cap is 15 percent of discretionary income. Perkins Loans do not have a cap or limit on payment amount, but they are counted towards PSLF.

The Department intends to count payments made on Direct or FFEL loans regardless of the type or amount of repayment plan used.

In the meantime, the Department is working with servicers to ensure that borrowers who work at for-profit colleges and owe a large amount of money will not be put at risk of losing loan forgiveness.

But some advocates remain skeptical that the administration can make a significant dent in a student debt crisis growing before our very eyes.