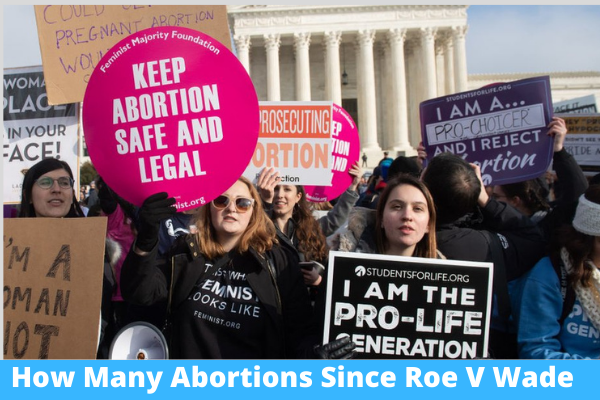 Heartsill’s claim that 50 million abortions occurred was based on the assumption that California wasn’t part of the U.S. abortion count for 13 years.

That assumption didn’t change previous estimates to nearly 54 million, but it’s still less than Heartsill’s figure. The federal figure was also higher than national estimates in recent years, although the CDC numbers haven’t turned out to be this high in several years either.

The rate of abortion, however, had declined in recent years, dipping below the million marks for the first time since 1976 when the CDC began tracking that information.

The Guttmacher Institute’s Abortion Incidence and Services Availability in the United States report didn’t use raw data from all 50 states. Instead, it relied on data compiled by the National Center for Health Statistics, starting with U.S. Census Bureau data from conditions known or expected to have provided abortions.

Researchers then expanded the data over time by estimating that other states were comparable to those reporting information. Data was later verified by contacting health care facilities about the number of abortions they provided.

The federal government has a similar system for collecting abortion data, although it hasn’t been as comprehensive since California first began refusing to provide figures in 1998. It continues to rely on estimation by interpolating data from other states, however.

Using the CDC’s federal database, we determined that 42 million abortions were performed between 1973 and 2011. That number was close enough to Heartsill’s point of 50 million abortions to include it in this fact-check.

Heartsill’s claim: “This morning, I simultaneously with ten other partners have included House Joint Resolution 9.

It is a decision that offers an improvement to the Iowa Constitution which would identify and defend the fundamental freedom to a life of every person in our great state regardless of where they are in their state-stage development.”

The claim: “This morning along with 10 other colleagues has introduced House Joint Resolution 9. A resolution proposes an amendment to the Iowa Constitution that would identify and defend every person’s fundamental right to life in our giant state regardless of where they are in their phase of development.

And this morning we, ‘re going to be presenting it, and I am telling you there will probably be 50 million unborn children that have lost their right to life. And that is worth standing up for today.”

According to us, Heartsill’s claim is True.

We consider Heartstill’s claim as accurate. I hope you like this post. If you have any queries, then please let us know in the comments box. Stay tuned with us for more news and updates like this!