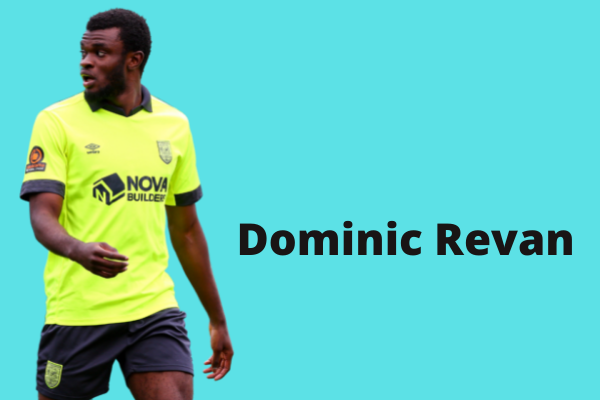 Dominic Revan said on getting the move to Sixfields: “It’s an excellent opportunity for me. I can’t wait to get out there, get playing, and show what I’m about.

“I have played against Cobblers many times in my career, and they are one of the biggest clubs in League One. They are a perfect side with top coaches, and it will be great to learn from the likes of Gareth Ainsworth, who I worked with at Villa.

“I can’t wait to get out there and get playing. Working with the gaffer will be good, he has excellent coaching knowledge, and I’m sure it will rub off on me.

“I was only young when I moved to Villa, but I feel like a finished product now. I feel ready to take on any challenge that comes my way. Working under the gaffer will be excellent for my development as a player.”

Blues head coach Colin Calderwood said: “He can play as a center-half or right-back, similar to Simon King.

“He’s physical; he’s one of the good young defenders who has come through the system at Aston Villa. He captained their reserves, so it’s an excellent signing for us.”

Dominic was also delighted to link up again with Colin Calderwood. “I worked with him at Villa, and it was an excellent experience.

Jon Brady also added: “I’ve played with Dominic before, and he’s a player with a terrific attitude. He’s hungry to learn and add to his game. It will be great to work with him again.”

Dominic was also delighted to have worked under former Villa team-mate Gareth Ainsworth once more. “I played against Cobblers many times in my career so that it will be a nice buzz playing against them in a few months,” said Revan.

“It will be nice to work with him again, having had a loan spell with him at Villa last year. It will be great to learn from him, and he is one of the best coaches that I have ever worked with.”