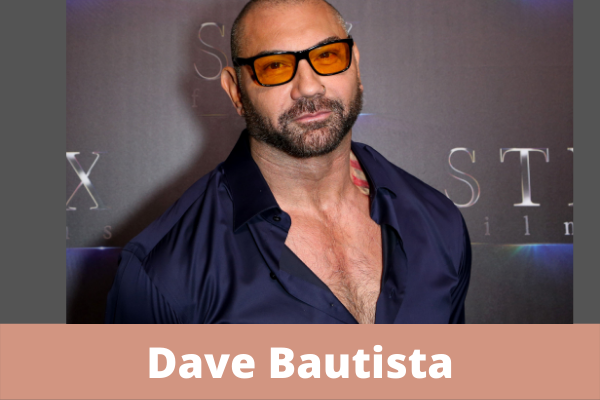 Jason Momoa and Dev Bautista are in talks to star in a buddy cop film titled “Lethal Weapon.” Jason Momoa says he already has his idea of what Bautista should play: a “fat Mexican brother-in-law” whose only ability is to gobble tacos.

The Aquaman star says the two are developing a buddy cop movie together, but in a recent interview with Jimmy Kimmel, Momoa teased that it may be a “very different” type of film.

In the interview with Kimmel, which was conducted via Skype last week, Momoa said of Bautista: “He is such a good guy. I insisted on him doing this role. I’m getting ready to do Sweetgirl.

We’re doing a big Netflix thing with many people, and he’s on the show. I’m producing the show, and he comes over and says, ‘Can you write me something in it?’

I was like, ‘Yeah sure.’ The,n he has another movie that he just booked. So we have to get him in the film. So what we did was we put his schedule — we wrote around him because I love working with him so much.

The start of this project is beautiful because he [Bautista] wrote me a note, and it said, ‘I hear you want to do this buddy cop thing,’ and I was like, ‘Yeah.’

Then he wrote me another note, and it said, ‘And do you think we could cast my friend Dave Bautista in that role?’ I was like, ‘Absolutely.’ We had to move around a little bit, but we have the script written. It was a beautiful collaboration.

When asked by Corden how close to Lethal Weapon these characters are, Momoa replied: It’s pretty close. Dave has already talked about it. But I think we’re going to do it very differently than they did in the Lethal Weapon movies.

I don’t know if you saw the screen test they did with the original, but it was a different type of buddy cop film. I was like, ‘We have to do this differently; we have to do this with violence, humor, and all that good stuff.

Dave Bautista tweeted the idea of this project on August 19, writing, “Just going to drive this out into the environment and understand what occurs.

Just going to throw this out into the atmosphere and see what happens. Here we go… Me and Momoa in a Lethal Weapon type buddy cop movie directed by David Leitch. Ok! There it is. Now we wait.????

The public can catch the second season of See on Apple TV+ on August 27, which stars Dave Bautista, Jason Momoa, and Dune. Check out Jason Momoa’s meeting with Corden here:

That’s all about Dave Bautista that you should know. I hope you like this post. Stay connected with us for more news and info!