Joey Defrancesco, the munificent Jazz Organist, saxophonist, and trumpeter of America died on...
HomeTechnologyXbox One S... 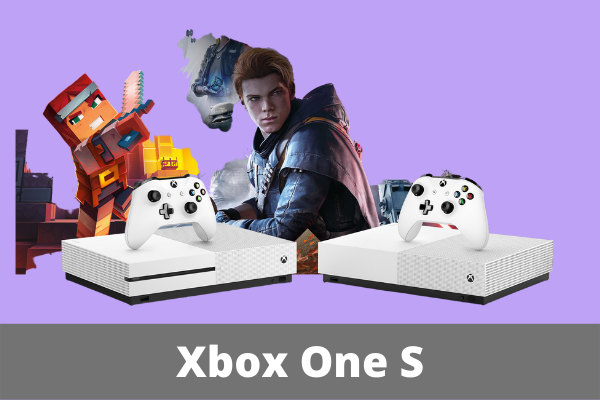 A small cloud icon will also be added to the home screen, where the game icon will appear as playable, similar to the optimized markers of the Xbox X and S series.

Microsoft says the cloud gaming experience will be tested this fall as part of the Xbox Insider Program, but no precise release date has been set yet.

Microsoft will start testing Xbox Cloud games on the console this fall as part of its Xbox Insider Program and will publish more details on the release and rollout shortly.

Xbox Cloud Gaming on the console allows Xbox Game Pass Ultimate players to play up to 100 games on the first day without waiting to download.

In addition, Xbox One S owners who do not have access to Xbox Series X / S titles such as Microsoft Flight Simulator, Medium, and the upcoming Starfield can play these games thanks to the power of cloud gaming.

Xbox Cloud Gaming allows Game Pass Members to instantly access an entire library of titles and play them without waiting to download games.

Microsoft is bringing Xbox Cloud gaming support via the built-in Microsoft Store to both consoles, offering a new way to stream Xbox Game Pass titles without waiting for downloads.

This feature allows Xbox One players to experience exclusive Xbox games. Microsoft announced that Xbox Game Pass Ultimate would launch over 100 cloud-enabled titles with cloud-specific iconography for supported games in the Microsoft Store.

Thanks to Xbox Insiders, a game streaming service is coming to the consoles this fall. Microsoft announced at Gamescom 2021 that the Xbox One S and X series would stream trailers and gameplay of new and upcoming games.

Games include Dying Light 2, Age of Empires IV, State of Decay 2, Psychonaut 2, and Forza Horizon 5. Microsoft also announced that Game Pass Ultimate would be available on the X, S, and Xbox One series consoles.

Microsoft’s Xbox Cloud gaming service, known as xCloud, will come to Xbox One S and Xbox Series X and S consoles for Game Pass Ultimate subscribers this holiday, allowing users to play games without downloading them via streaming.

Xbox Game Pass Ultra subscribers will have the cloud to stream games on Xbox X and Xbox One this holiday season, Microsoft announced at Gamescom 2021.

The cloud service means that Xbox One owners can play Series X titles on their consoles if they are in the Xbox Game Library of more than 100 games.

Microsoft will support xCloud gaming for Xbox Game Pass Ultimate members this Holiday Season on its Xbox Series S and Xbox One consoles, the company announced on Tuesday at its Xbox 2021 streaming event Gamecom.

It will also be possible to play games for Gen 9 consoles on Gen 8 hardware with the cloud. The end of lengthy downloads means that Xbox One users can play X and X series games such as Flight Simulator without current-generation consoles.

As previously mentioned, Xbox Cloud Gaming will be available to the public before the 2021 Holidays. This fall, for Xbox Insider, and Microsoft is taking feedback from testers to improve the experience.

Microsoft added that cloud gaming on Xbox consoles would support 1080p and 60fps, ensuring a high-quality experience on a wide range of devices. Xbox XCloud Games on the PC will also support 1080 / 60p resolution and is already in beta on PCs, smartphones, and tablets in some cases, Microsoft said.

During the Gamescom 2020 Xbox Stream, Microsoft made the announcement, which included trailers and gameplay for upcoming games.

Xbox Cloud Gaming for Xbox consoles will likely be available to the public during the holiday season. Still, it will reach company insiders in the fall to hear feedback from testers to improve the user experience.

Microsoft is extending cloud gaming support to all platforms within its reach, which may prove helpful for those unable to purchase an Xbox Series X or S due to console bottlenecks.

The company explained its Xbox cloud gaming and games streaming service, which is expected to roll out at its Gamescom 2021 conference. This holiday, the company is set to deliver its Xbox Game Pass Ultimate subscription on Xbox One and Xbox Series S and X consoles.

Microsoft’s cloud service, xCloud gaming, will be part of Ultimate at no additional cost. There are hundreds of games to pay for, but the good news is that if you already have Xbox Game Pass for PC to play, x cloud gaming will also have access to exclusive games at discounted or discounted prices.

Apart from removing the need to install games, which can take hours for Triple-A titles, all games are available in the cloud and do not require disk space. Microsoft said you could play up to 100 games without having to download them.

Xbox Series X players who stream games only need to download them to their system, bypassing the console’s internal storage restrictions.

Once a game is downloaded to the device from the cloud, players can click on the title to play it without waiting an hour to download it to their console.

It won’t be as smooth as playing a gaming title on your SSD Series Xs, but it will give you a concept of the game’s look and feel once it is downloaded.

It is all about Xbox One S that you must know. Keep checking our website for more info!