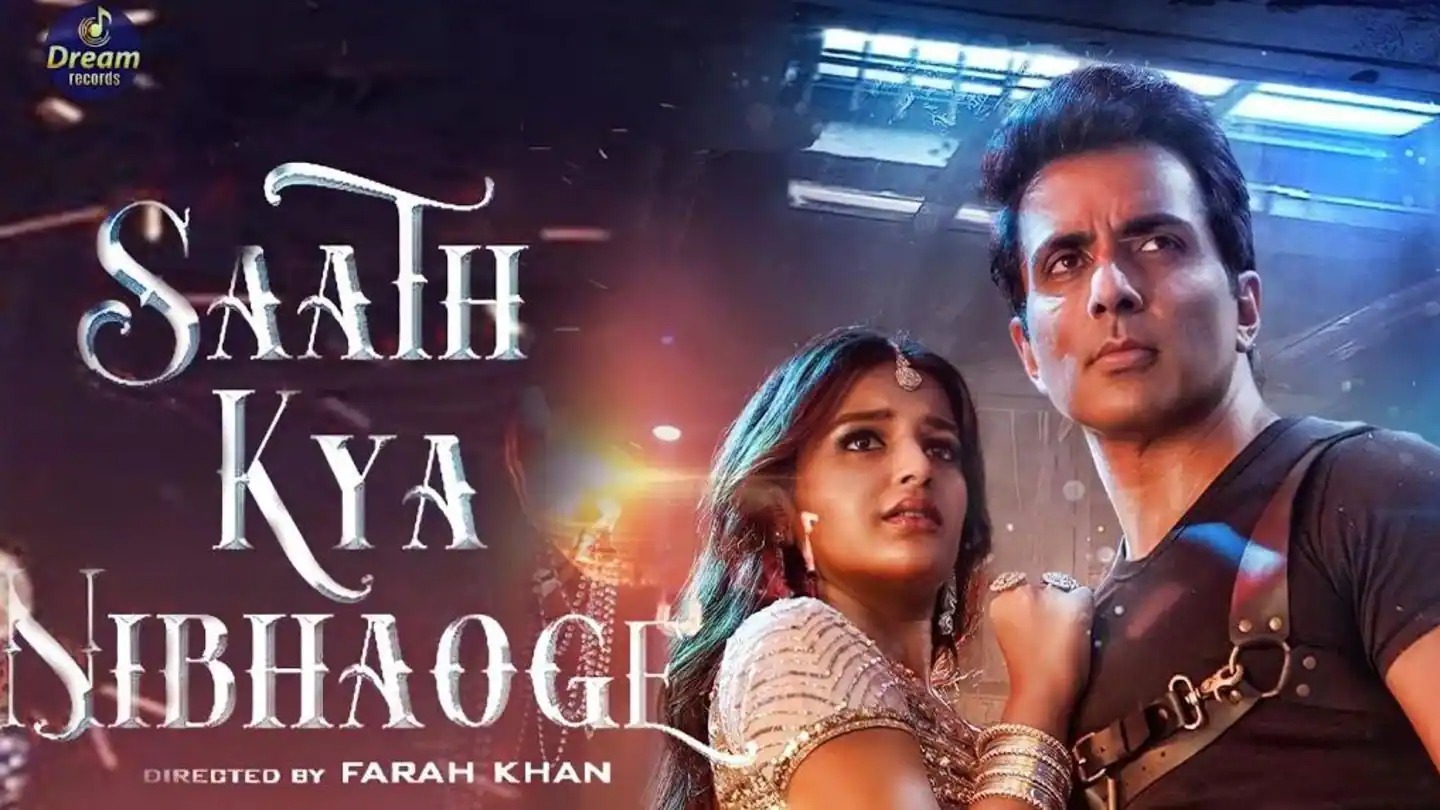 The poster and teaser of the song ‘Saath Kya Nibhaoge’ recreated by renowned singers Altaf Raja and Tony Kakkar have been loved by music lovers across the country. Now this song has also been released. The song picturised on Sonu Sood and Nidhi Agarwal is getting a lot of love from the audience. The audience is loving the romantic chemistry of Sonu and Nidhi.

Let’s know how the new version of ‘Saath Kya Nibhaoge’ is.

Altaf Raja and Tony Kakkar sing this song. This, of course, will remind you of the 90s. Farah Khan directs it. ‘Saath Kya Nibhaoge’ is basically a biraha song, with love’s pranks and grievances. The song features Sonu Sood as a farmer and a police officer, while Nidhi plays Sonu’s girlfriend, who meets Sonu dancing during a raid.

What did Sonu say about the song?

Talking about the song, Sonu Sood said, “Shooting for Saath Kya Nibhaoge brought back many old memories. From working with Farah in the film ‘Happy New Year’ to Altaf Raja’s original songs in the 90s. Until you hear it on the radio.” He said, “Shooting this song in Punjab reminded me of home. Hope our hard work pays off, and the audience enjoys the song.”

Farah expressed hope for the song to be a super hit

Director Farah Khan said, “Many congratulations to Altaf Raja and Tony Kakkar, who have recreated this memorable song, which is incidentally my first song and is based on a desi love story.”

She said, “Saath Kya Nibhaoge… has a desi touch, making the song even more adorable. I am extremely glad that this song has been released, and I think this song has all the potential to be a chartbuster hit.”

Sonu and Nidhi will be seen in these films

Sonu is in a discussion about the Telugu action drama film ‘Acharya’. South superstar Ramcharan Teja and his father Chiranjeevi will also be seen in it. Sonu’s second popular film is ‘Prithviraj’. The hero of this film is Akshay Kumar. Sonu is also going to play an important role in the film ‘Kisan’. On the other hand, Nidhhi Agerwal, who started her career with Tiger Shroff in ‘Michael Mishra’, is a part of Telugu films like ‘Hero’ and ‘Hari Hara Veera Mallu’.