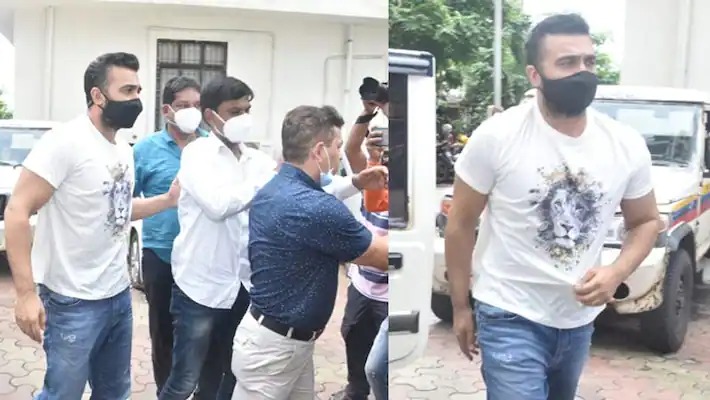 Ryan Thorpe, his aide, was also arrested Tuesday in the same case. The Mumbai Police described Kundra in the case as a “key conspirator” and provided sufficient evidence to prove it.

The Crime Branch of Mumbai Police arrested Raj Kundra, the husband of actress Shilpa Shetty. Kundra is being investigated in relation to a case that involves pornographic films and their publication through various apps. Further investigation is underway after the police stated that they had “sufficient evidence” against Raj Kundra, a Mumbai-based businessman. He was taken into custody by police on Tuesday and will remain there until July 23.

Kundra, 45 years old, was charged with cheating and engaging in the obscene act in public places. Kundra also faces charges under the Information Technology Act.

Poonam Pandey had filed a case against Raj Kundra, his associates and other people in Bombay High Court. She said that her heart went out to Shilpa Shetty, the children, and Raj Kundra. Poonam had signed a contract with Armsprime Media to manage her app. She claimed they were using her content illegally even after the contract was terminated.

In an interview with Alpha News Call, Poonam said, “At this instant, my heart goes out Shilpa Shetty, her children. It’s hard to imagine what she must have been going through. This is why I refuse to take advantage of this opportunity to bring attention to my trauma. My only addition is that Raj Kundra was the subject of a police complaint. I also filed a case against him at the honourable high court in Bombay for theft and fraud. Because this matter is currently under judicial review, I prefer to limit my statements. I also have complete faith in the police and the judicial process.”

Raj Kundra, a businessman, was taken into custody after being interrogated on Monday. According to the Mumbai Police, he is believed to be the main conspirator in the case. In this case, nine people were arrested by the police.

The crime branch filed a case in February regarding the creation and publication of pornography films through various apps.

“he is being questioned in a case registered in February 2021, which relates to the creation of pornographic films and publishing them through some Apps. We’ve arrested Mr Raj Kundra in this case on 19/7/21 as he appears to be the key conspirator of this. We have sufficient evidence regarding this. The investigation is in progress please,” said the Mumbai Police Commissioner in a statement.

Shilpa Shetty was married to Raj Kundra in 2009. They had their first child Viaan Raj Kundra in 2012. The celebrity couple welcomed their second child via surrogacy in 2020.