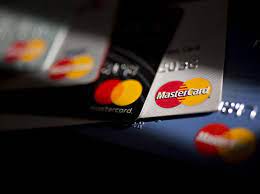 On Wednesday, the Reserve Bank of India (RBI) took major action against MasterCard Asia/Pacific Limited for not storing all data related to payment systems in systems located in India.

RBI has restricted MasterCard from adding new domestic customers to its card network (credit, debit or prepaid) with effect from July 22, 2021. However, this action will not affect existing customers.

According to India Today, RBI issued an order on April 6, 2018, for all system providers to store all the data related to their payment arrangements in the system located in India within six months. Apart from this, they will also have to submit its compliance report to RBI and an audit report attested by the Board by an auditor empanelled by CERT-IN. Even after this, Mastercard Asia did not comply with this order.

The RBI, while taking supervisory action against MasterCard under Section 17 of the Payment and Settlement Systems Act, 2007 in the matter, has prohibited the issuance of new cards by it with effect from July 22. The RBI said, “Despite a considerable period of time, MasterCard has been found not to comply with the instructions on Storage of Payment System Data. As such, it will not be able to add new customers to its card network with effect from July 22.”

The action will not affect the existing customers of MasterCard.

RBI clarified that this order will not affect existing customers of MasterCard and will use it as before. Similarly, MasterCard will also inform all card-issuing banks and non-banks to comply with these instructions. MasterCard has been approved as a payment system operator under the PSS Act to operate the payment card network in the country.

RBI has also taken action against American Express Banking Corp and Diners Club International Limited earlier in April.RBI had barred it from adding new domestic customers to its card network with effect from May 1, 2021.

The reason behind this action was also cited for not complying with the storage of payment system data. However, this order has not affected the existing customers.