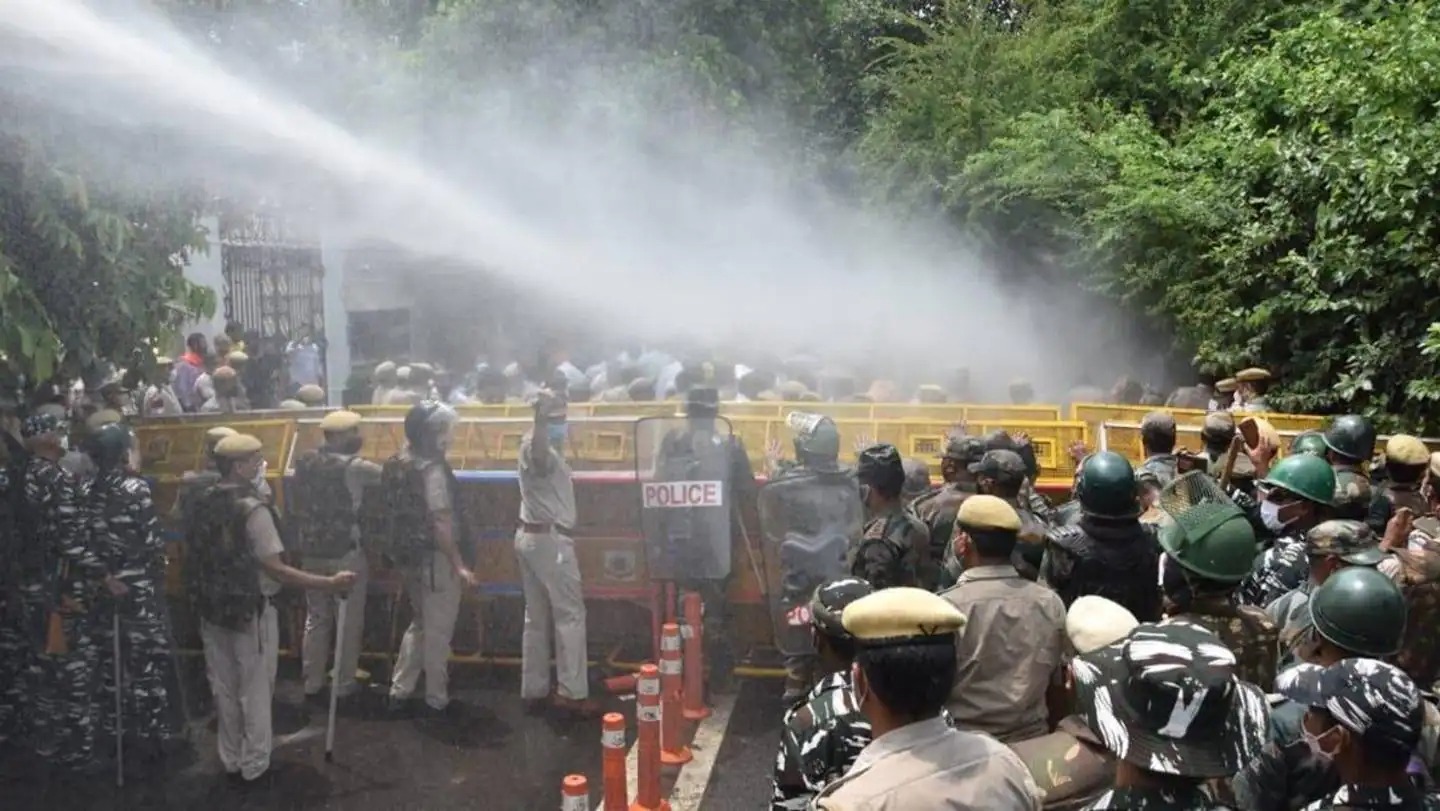 The national capital Delhi is currently facing a severe drinking water crisis. The residents of Delhi are not getting enough drinking water. People are protesting in many areas regarding this.

Meanwhile, the BJP also came out in support of the people and protested outside the residence of Health Minister Satyendar Jain on Raj Niwas Marg located on Civil Lines.

During this, the police used a water cannon to remove them.

There is a severe drinking water shortage in Delhi.

The drinking water demand in Delhi at present is 1,140 million gallons per day (MGD). In contrast, Delhi is getting only 940 MGD of water. Due to this, there is a shortage of 200 MGD of water for the people of Delhi. A total of 816 MGD of water is supplied from nine water treatment centres in Delhi. There is no water supply in many areas in such a situation, and people are facing problems.

Seeing the water problem of Delhiites, BJP workers on Monday staged a protest against the Aam Aadmi Party (AAP) government.BJP workers gathered outside Health Minister Satyendar Jain’s residence since morning and sat on dharna. After this, he started protesting, demanding water. During this, the police station on the spot dispersed the BJP workers by running water cannons.

In this matter, Delhi BJP state president Adesh Gupta tweeted, ‘Today BJP workers demonstrated outside the residence of Delhi Jal Board Chairman Satyendra Jain and demanded to remove the water shortage. Police used water cannon on him. He wrote, ‘If the water system in Delhi is not corrected in the next 48 hours, then the BJP will stop the water of Chief Minister Arvind Kejriwal’s house.’
State President Gupta wrote in another tweet, ‘Despite the AAP government’s promises of tap water in every house, people in more than 100 areas are longing for water. People have to buy water and run their work. BJP cannot remain a mute spectator; our workers will launch agitation against the Kejriwal government in every area.

In another tweet, state president Gupta said, ‘Delhi Jal Board, which runs in profit of Rs 800 crore, has been badly banked by the corrupt policies of Arvind Kejriwal government. The Delhi government has given 57,000 crores to the board in the last years, but there is no account of Rs 26,000 crores out of this. He further wrote, ‘Now when the water stops at the houses of the ministers of the government, they will understand the problems of the people.’

Here, the Delhi government has blamed Haryana for the lack of water. Delhi Jal Board vice-chairman Raghav Chadha claimed that the Haryana government had cut water supply to Delhi due to the crisis. He had said that Haryana is releasing 120 MGD per day, which is less than usual. This has affected the production of more than 100 MGD of water. In this regard, a solution will be found after talking to the Haryana government.