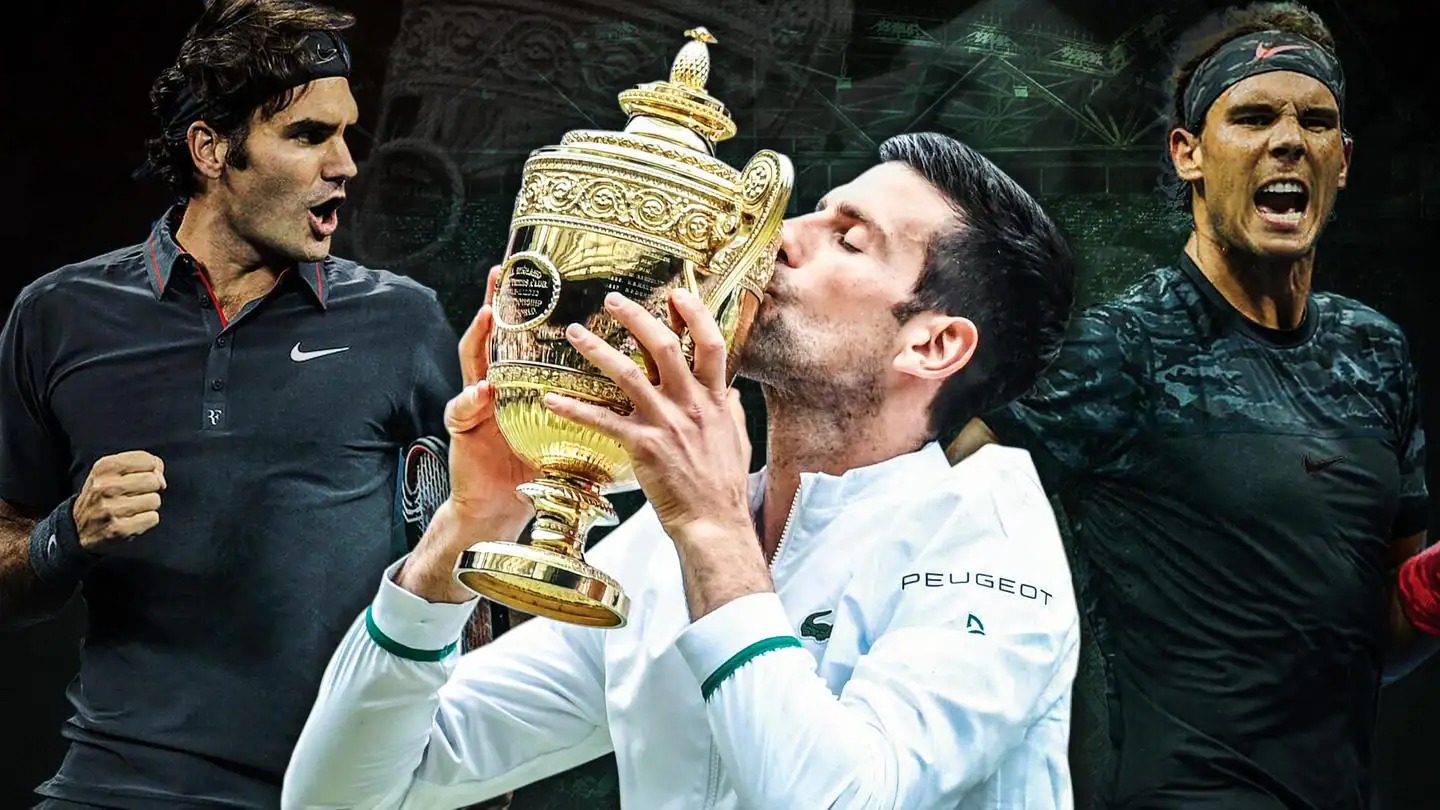 This was the Serbian legend’s sixth Wimbledon title, and he equalled Roger Federer and Rafael Nadal in terms of Grand Slams.

Earlier, Federer lost to Hubert Harkaz in the quarter-finals of Wimbledon, while Nadal did not take part in the tournament. Compare the Grand Slam statistics of these tennis legends.

Djokovic’s performance at the Grand Slam

Djokovic has won at least 75 matches in all major events.

Djokovic is the only player in the Open Era to go undefeated in the Australian Open final. He has an unbeaten 9-0 record in the Grand Slams finals. He recently achieved his 75th match win at Wimbledon. He has won 75 or more matches at all four Grand Slams, the Australian Open (82), the French Open (81), Wimbledon (79), and the US Open (75).

Such has been Federer’s performance in Grand Slams.

Swiss legend Federer is one of the most successful players in tennis history.

He is considered the greatest player on the grass court. Federer holds the most Wimbledon men’s singles titles (8). He also has six Australian Open and five US Open titles to his name. Federer has won the French Open only once. His win-loss record in Grand Slams is 369-60.

Spain’s Rafael Nadal is known for his excellent play on the clay court. He has won the most record 13 Roland Garros titles. Bjorn Borg (6) is the second most successful player in the French Open after him. Apart from this, Nadal also has four US Open titles, two Wimbledon and one Australian Open. His win-loss record in Grand Slam is 291-41.

Nadal has an excellent record of wins (105-3) at the French Open. He has never lost a Roland Garros final, maintaining a 13–0 record. Last year, he equalled Federer’s record for most Grand Slam titles (20). At the 2021 French Open, Nadal suffered only his third defeat in Paris. Earlier, he remained unbeaten in 35 Roland Garros matches.

Djokovic is the player with the most matches this season.

Djokovic leads ATP Tour-level wins in the Big Three. With a win against Berrettini in the final, the Serbian legend secured his 34th match win in 2021 while losing just three matches in the meantime. He has won all three Grand Slams this year. Nadal, who missed out on his 14th Roland Garros title, is with a 23-4 record in the season. Meanwhile, Federer has a 9-4 record in the current season.

A Look at Djokovic’s Other Achievements

Djokovic is the most Grand Slam winner in the Open Era after age 30 or older. Djokovic, 34, has won eight titles since the age of 30. At the same time, Nadal (6) and Federer (4) are behind them in this list. Djokovic has become the fifth player in history after Jack Crawford, Don Buzz, Lew Hoad and Rod Laver win the first three Grand Slams.