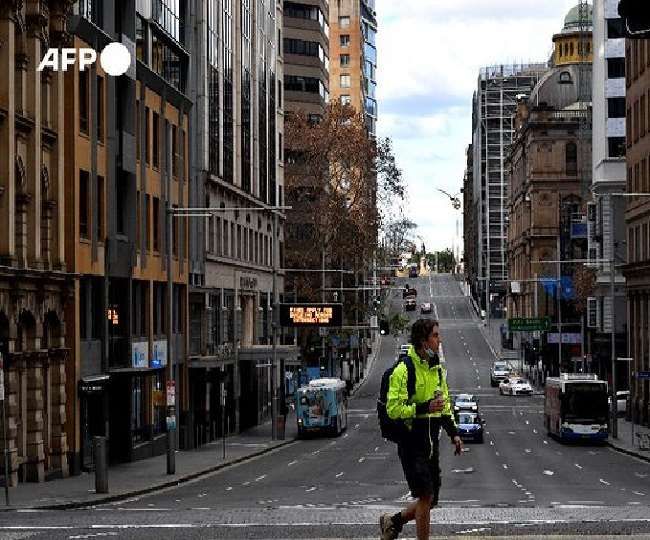 Once again, many countries of the world have come under the grip of Corona. Despite all the restrictions, including the lockdown, cases are increasing in Australia. At the same time, the oxygen crisis is growing in Indonesia. So the lockdown is being considered again in Pakistan.

Washington, Agencies. The whole world is currently in the grip of Coronavirus. Even though America is the most infected country globally, the situation is getting worse in many countries. Despite lakhs of restrictions, the cases of infection are not declining. The strains of infection are reaching every corner of the world and creating panic. The situation in Australia, Europe, Indonesia, Cuba, Britain and South Korea is deteriorating continuously. According to Johns Hopkins University, the total global corona cases have topped 186.7 million, while the death toll has exceeded 4.02 million. At the same time, vaccination has exceeded 3.43 billion. So let us know in which countries of the world what is the latest situation of Corona and what arrangements are being made to deal with it.

Even after the lockdown, the infection did not stop in Australia.

First of all, if we talk about Australia, then coronavirus cases are increasing continuously here. Because of the speed of infection, the government has also imposed a lockdown in many areas, but the delta variant is continuously spreading its feet. Even after the lockdown, the pace of infection in the capital Sydney is not stopping. Let us tell you that at this time, the Delta variant has created fear among the people. As of Monday, there are a total of 271 active cases of coronavirus in Australia. Most of these cases are in New South Wales. Earlier, Australia had also initially celebrated overcoming the Corona epidemic, and its economy was back on track. However, now once again, the delta variant of the coronavirus is spreading in Australia.

Oxygen crisis in Indonesia, lockdown may be imposed in Pakistan again.

On the other hand, the situation in Indonesia is also not good. According to media reports, the oxygen crisis is increasing in the hospitals here. Indonesia, which supplied 3400 oxygen cylinders and concentrators to India during the second wave, is now in a situation where it needs the help of other countries. The number of severe patients here is continuously increasing. In the last two months, the situation of infection has changed suddenly. On the other hand, Pakistan is battling the fourth wave. The number of people found infected here has increased by three times in less than three weeks. Once again, the lockdown is being considered here again.

A large number of patients in Spain

The situation in Spain is also getting worse. In the capital Madrid, once again, the number of patients in hospitals is increasing. Here too, the Corona Delta variant is wreaking havoc. This variant is rapidly spreading here, mostly catching the youth and those who have not vaccinated. Although the increasing number of patients is less than before, health experts have warned given the current situation.

The situation in South Korea continues to worsen. The Korea Disease Control and Prevention Agency gave this information on Saturday. In such a situation, preparations have been made to take rigorous steps here. Of the 1,378 new cases, more than 1,000 have been reported in the capital Seoul and nearby Gyeonggi Province and Incheon. Instructions have been given to banning private social gatherings of three or more people in this area from 6 pm on Monday. Nightclubs and churches will be closed during this time. Only family members will be able to attend weddings and funerals.

At the same time, Corona is reaching the third wave of the epidemic in Mexico. There has been an increase of 29 per cent in infections compared to the previous week. According to the country’s health department, the youngest people are being affected by the infection here. Let us tell you that the peak of the second wave of Corona came here in January. After this, the cases continued to decrease continuously till June, and now the cases have started increasing. At present, about 22% of the hospital beds in the country are full. Officials said the decline in severe cases among older people results from the country’s vaccination campaign.