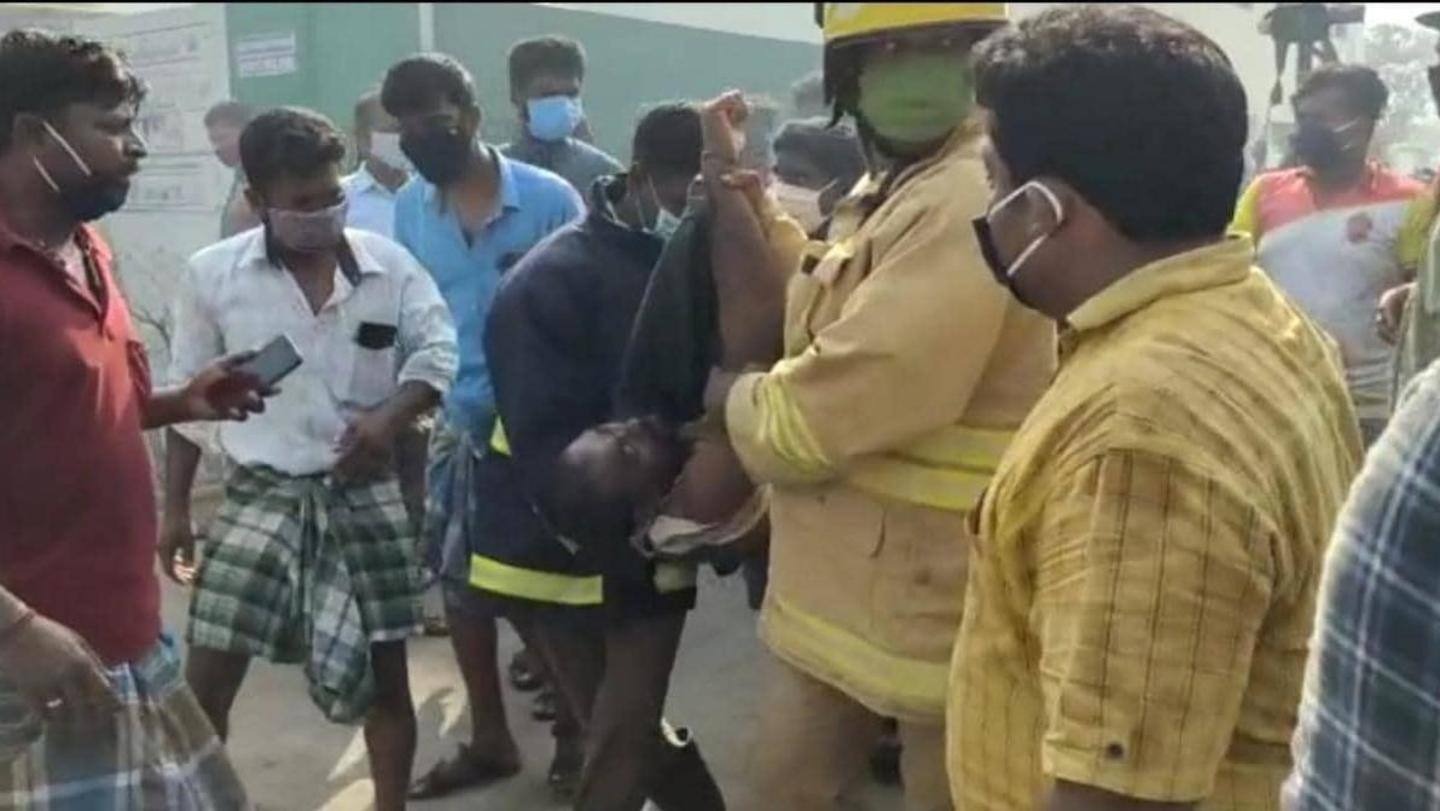 A heart-wrenching incident has come to light in the Cuddalore district of Tamil Nadu. In a chemical factory here, a boiler explodes, and ammonia gas leaks after that.

Four labourers, including a woman, were killed, and about 10 others were injured.

With the help of firefighters, the police arrived with the fire brigade on the information and started the fire extinguisher and took the injured to the hospital. Police are trying to get other workers trapped in the factory.

According to Hindustan Times, the boiler exploded on the second floor of the chemical factory with a blast at around 11 am. This led to the fire, and the ammonia gas leakage started.

Four labourers, including a woman, died after being hit by gas. Similarly, 10 other labourers got scorched.

Police and firefighters arrived at the scene, started rescue operations, and rushed the injured to the hospital. Fire tenders are present on the spot.

Superintendent of Police (SP) of Cuddalore District, Mr Abhinav, informed that pesticides are prepared in the factory to protect the crops from insects. Extremely toxic ammonia gas leakage began on the spot after the boiler burst. All four labourers died due to this.

He said that the matter is being investigated. Prima facie, a case of negligence has been registered against the factory operator. Further action will be taken after the investigation.

Chief Minister MK Stalin has expressed his condolences to the dead, expressing deep sorrow over the incident. He has announced a compensation of three lakh rupees to the families of all the dead and one lakh rupees to all the injured. Apart from this, he has ordered the Cuddalore District Collector and Superintendent of Police to investigate the matter and take action against the culprits and provide all possible help to the injured in the hospital.