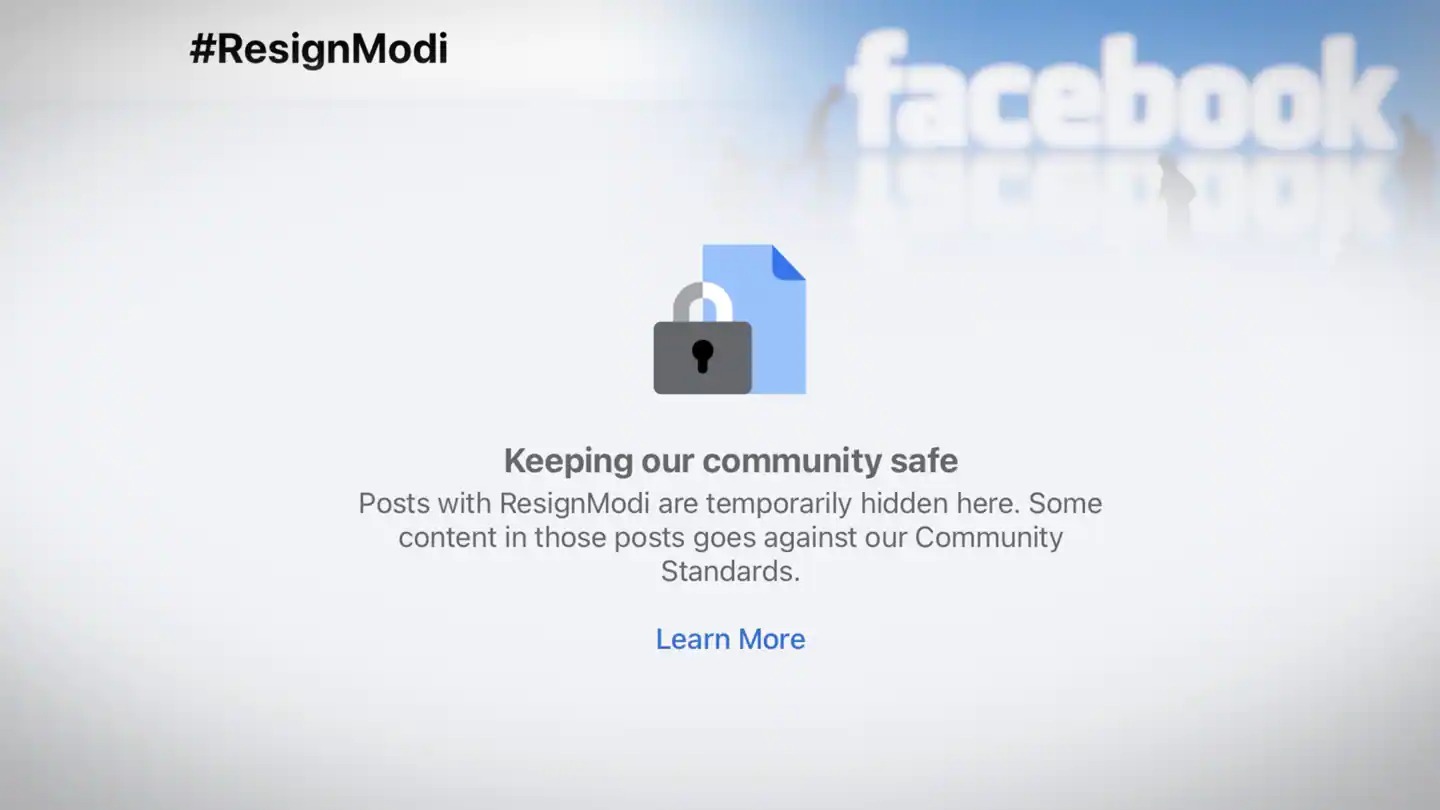 On Thursday, Facebook removed #ResignModi posts from the platform amid criticism from the central government over how the Coronavirus epidemic was handled and restored a few hours later.

What is the whole matter?

The central government and Prime Minister Narendra Modi have been severely criticised for continuing the election campaign even amid failure to handle the epidemic and growing infection. In this regard, #ResignModi is trending on several social media platforms like Facebook and Twitter, seeking resignation from the Prime Minister in related posts.

Facebook removed some such posts from its platform but restored them after some time.

There is speculation that Facebook had taken this action at the behest of the central government, but it has dismissed these speculations by issuing a statement.

The company issued a statement saying, “We mistakenly blocked this hashtag. The Indian government did not ask us to do so. We have restored them.”

The government described the report as misleading and faulty

At the same time, the government also stated the matter, saying that it had not issued any order in this regard.

The government said in a statement, “The Wall Street Journal report linking Facebook’s removal of a hashtag to suppress the dissent of the Indian government is misleading in terms of facts and flawed in intent. The government’s removal of this hashtag Has not issued any order. Facebook has said the same. “

Let me tell you that last week, at the behest of the central government, Twitter removed 52 tweets related to the coronavirus epidemic from the platform.

These tweets criticised the government on epidemic prevention and included tweets ranging from MPs, MLAs, journalists and actors.

Twitter had said that it had taken this step after getting a legal order from the government and censored these tweets in India.

The government has been at the centre of criticisms for restrictions on freedom of expression.

Significantly, the central government has been at the centre of criticism to curb freedom of expression on social media.

Earlier this year, the government came up with new rules under which social media companies like Facebook and Twitter would have to remove “disputed” posts from their platforms at the government’s behest.

According to the rules, action can be taken against them if they do not do so.