Corona wreaks havoc on journalists in UP, 13 killed

In the last few days, about ten journalists in Lucknow have died from Corona. Some of whom died due to lack of medical treatment and lack of arrangement of beds in the hospital at the right time. In Uttar Pradesh, people are dying during the time of death due to the dislocations of the government.

65-year-old Vinay Srivastava Corona, an independent journalist living in Vikas Nagar, Lucknow, was infected. His oxygen level had steadily declined to 52. He sought help by tweeting Yogi Adityanath as no hospital and doctors were picking up his phone. His son Harshit Srivastava took him to several hospitals in Lucknow, but he was not admitted.

The political editor of Pioneer newspaper Tavishi Srivastava died on April 18 from Corona. Tavishi Srivastava also went away for lack of treatment at the right time. Tavishi kept waiting for the ambulance at home, and Tavishi had died when the ambulance arrived. Hours before his death, Tavishi told a journalist colleague, “Save me from death.” Tavishi was a veteran and famous journalist from Lucknow. His father, Professor Kali Prasad, was the Vice-Chancellor of Lucknow University and the Department of Psychology and Philosophy Chairman. Tashi Srivastava lived in Aminabad, Lucknow. Srivastava was infected and knew almost every chief minister of Uttar Pradesh, and at the same time, he had a good hold in the bureaucracy.

Ankit Shukla, a 35-year-old journalist, working in the Lucknow edition of the Hindi newspaper Dainik Jagran, died on April 16 from Corona. Ankit used to cover legal matters in Dainik Jagran as a law correspondent. A few days ago, Ankit was admitted to Lohia Hospital due to poor health, and then he was shifted to a special ward for treatment of Kovid, where Ankit died during treatment. Ankit has a wife, and a daughter in the family and his wife is also Kovid positive. Ankit was a vivacious and passionate person. Ankit was a flamboyant and young journalist. Ankit was also involved in social work. Ankit lived in Ahimamau, Lucknow. Dainik Jagran was employed in Lucknow for almost a decade.

In this Kadhi, a senior journalist from Lucknow Sachchidanand Gupta ‘Sachch’ also died on April 14 due to coronavirus infection. Sachchidananda Sachch passed away after being infected with the Coronavirus. Sachchidananda was the editor of the Jadid Amal newspaper.

Brijendra Patel, a 50-year-old journalist, working in the Agra edition of Hindustan, died on April 19 from Corona. When the health deteriorated, Brijendra Patel got a Kovid test which was positive. He was admitted to SN Hospital in Agra, where Brijendra died during treatment. Brijendra was a resident of Kanpur; for almost two years, he was serving in India in Agra. Brijendra Patel was in the journalism field for nearly 25 years, having served in many media institutions, including Dainik Jagran, Amar Ujala, Rashtriya Sahara.

Bareilly journalist Prashant Saxena also came under fire from Coronavirus. Prashant was being treated in a hospital in Delhi, where Prashant died on April 20 during treatment. Prashant was a resident of Faridpur Tehsil of Bareilly. Prashant started his journalism with the Punjab Kesari newspaper. Prashant Amar Ujala had also served on Prime TV. Presently, he was associated with a digital platform.

Kerala tops the price of RT-PCR test in india; Odisha is the lowest 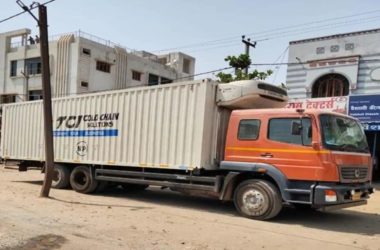 In the second wave of the Corona epidemic, while on the one hand, people are dying in the…
Read More 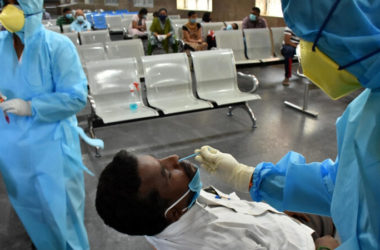 Kerala tops the price of RT-PCR test in india; Odisha is the lowest 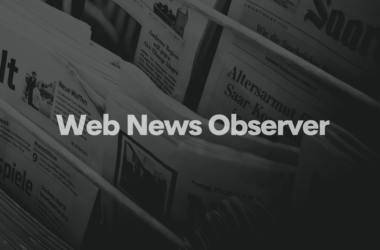 As the world continues to evolve, digital journalism has become one of the rising industries in today’s times.…
Read More
Total
0
Share
0
0
0