Joey Defrancesco, the munificent Jazz Organist, saxophonist, and trumpeter of America died on...
HomeIndiaQuit IT job,... 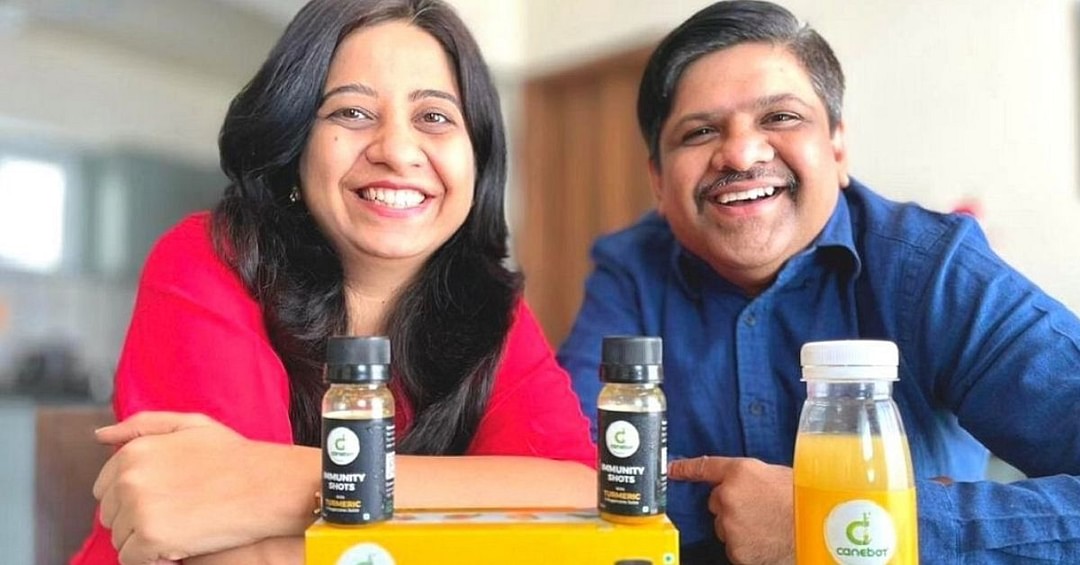 Before starting a business, Milind and Kirti Datar worked in the IT sector for 13 years. He then decided to start his own startup. Through the startup, they are now selling sugarcane juice in Pune and Mumbai and earning millions.

Today we are going to tell you the story of a couple who have started a Sugarcane Juice Startup. So, the story is such that Milind and Kirti Datar, who lived in Pune, worked in the IT field for almost 13 years, from 1997 to 2010. Working in large IT park offices, he and his colleagues would often go to the cafeteria for tea and coffee, where a variety of food items were available. But, whenever Milind’s eyesight went to the branded coffee shops, he was filled with amazement. His eyes often compared these fancy shops to juice counters, where there was neither much crowd nor was he respected and respected like coffee shops.

He also felt that country drinks like sugarcane juice are also struggling with similar problems. Milind says that the business of sugarcane juice is still unorganized. Also, cleanliness is also not taken care of there. Many people shied away from taking sugarcane juice, as they did not want to risk their health. With this idea, he got an idea and after that, his professional life changed.

Milind, 46, says he had an idea in 2010 about sugarcane juice, after which he started discussing it with his wife. A few years later, the two thought of starting a startup and quit the job. He launched a company called Canboat, where he decided to sell sugarcane juice.

How did you get success?

About his visit, Milind said that when he worked in the IT industry, the people working there did not go to the sugarcane juice counters, because there was less attention to cleanliness. He said, “I used to think if something could be done to promote this natural and nutritious drink?”

Both Milind and his wife, Keerthi, were ready to enter the business but did not have the experience and knowledge required for it. He says, “We researched the market, the problems related to this business and the possible solutions to overcome them.” We found that one of the main reasons for not choosing this drink is hygiene. Another aspect was the traditional sugarcane crushing machines, which are mainly made of iron and are unsafe due to dust and other pollutants. ”

To overcome these problems, he decided to design a new crush machine. Milind says that he spent a lot of time researching, innovating and producing a sugarcane machine, which led to many benefits. About the new machine, he explains that it had better crushing capacity. He says, “Sugarcane did not have to crush again and again to extract sugarcane juice. 95% juice was released in one go. Also, the machine was small, could run smoothly, and had a cover over it. ”

Milind says that covering the machine ensures that the juice will neither spread nor come in contact with external pollutants. Also, it reduced the noise in the whole process. The crushing unit was made of food-grade stainless steel. It was traditionally made of iron or other materials. Milind says, “It guarantees the safety of food and also prevents dirt. The structure of the machine was made such that water is not required to keep it clean. ”

In addition, the Internet of Things (IoT) in the machine can calculate the amount of sugarcane juice extracted per day. Monitoring via the Internet made the tasks easier. He also invented the machine to peel sugarcane before crushing it.

Milind says, “A traditional process involves peeling cane peels by hand.” It requires 20 labourers working eight hours a day to peel 1,500 kg of sugarcane. At the same time, 1,000 kilos of sugarcane can be peeled from our machine in one hour and only two people are required to run the machine. This significantly reduced the cost of production. ”

The couple identified farmers in Maharashtra who could assure consistent quality, the right amount of sugarcane supply throughout the year. After so much preparation, he quit his job in 2012 and later that year, launched the proprietary firm Canectar Foods Pvt Ltd in October and approached IT companies.

Over time, he opened 12 outlets in various companies where he sold around 45,000 glass juices a month, earning around Rs 2 crore per year. He says, “We got a good response, as consistent taste and high quality were maintained throughout the year. We carefully selected the sugarcane variety and our quality was intact. ”

However, as soon as the startup decided to move on, the COVID-19 epidemic started and all their plans were locked.

Recalling those days, Keerti recounts, “All our outlets were in IT companies. The epidemic forced us to close our outlets overnight. We faced a crisis that we had never imagined. ”

Kirti, 43, says the company always focuses on serving fresh juice at the outlets. She says, “Sugarcane juice is prone to spoilage very quickly. For a few years before the lockdown, we experimented with canned sugar cane, but this experiment failed. We were avoiding preservatives or other forms of sugar or chemical to increase its shelf life and were adamant on this decision. ”

Kirti says that he also thought about going back to the IT sector, but now he had come too far on this path.

She says, “Bottling sugarcane juice is not possible without adding preservatives. This required another natural agent. Some research has shown us that raw mango juice, that is, mango emerald, if mixed with sugarcane juice, can serve our purpose. ”

Says Keerti, “Raw Mango Panna is a popular drink in India. It is also healthy and is also rich in natural nutrients. However, many people avoid consuming it, because it takes a lot of sugar to make it. Therefore, we thought that if these two were mixed, the mixture would give a natural sweetness to the sugarcane juice and preserve the taste of mangoes. ”

In August 2020, this startup brought in the energy drink, ‘Sugarcane Panna’. It is a mixture of sugarcane and raw mango juice, which is being sold canned without any preservatives. She says, “We also launched an immunity shot by mixing turmeric, sugarcane juice, black pepper and other ingredients, which helps to create a strong immunity system. Since we could not sell it in outlets due to epidemics and logistic challenges, we moved to e-commerce platforms like Big Basket. A 230 ml sugarcane emerald bottle is available for Rs 70, while a ten unit box of 30 ml quantity of immunity shots costs Rs 400. ”

Kirti says that drinking an immunity drink has been recommended by Ruby Hospital and nutritionists in Pune. Both these drinks are sold under the Cabot brand.

Nutritionist and Nutriagnomics Counselor Avanti Deshpande says, “I recommend clients to take this energy drink with a diet plan, as it contains turmeric, which is known for its immunity enhancing properties.” Black pepper helps to absorb the turmeric better and can be taken especially by those who do not like consuming turmeric milk or other alternatives. ”

In the recent quarter, the business has grown steadily and has seen a growth of 25–30% every month. Now Kirti and Milind’s earnings per month are around 7 lakh rupees. Says Keerti, “We are now selling products in the Pune and Mumbai markets. The success of bottling has helped reach markets outside Pune. ”

Keerti states that apart from COVID-19 and other research challenges, she has had to struggle a lot to create a market for the product. She says, “It was difficult to establish a brand in the region. Sugarcane is heavy in terms of weight, and a strong supply chain was difficult to install. It took us eight years to continue research and innovations to create a better business model. ”

She says the company operates without loans, funding or other external financial support. He explained, “We used our savings and invested all the money in the beginning. We have invested Rs 1 crore in this startup. ”

The venture is linked with IIM-Bangalore, NSRCEL and the Atal Innovation Mission under ‘AIM Catalyst’, a government program that supports early stage and permanent startups.

Milind says the company is working to set up a juice dispensing counter to increase outreach. He says, “We are planning to bring machines like ATMs, which can help deliver juice to customers.” Such distribution units at airports, hospitals, and other public places may be in demand. However, the primary focus remains to recapture the market and increase the reach of customers through e-commerce platforms. I want to make sugarcane juice as famous as coffee. ”

Also Read: ‘Thinking about what can be done for India’; Boris Johnson with an offer of help