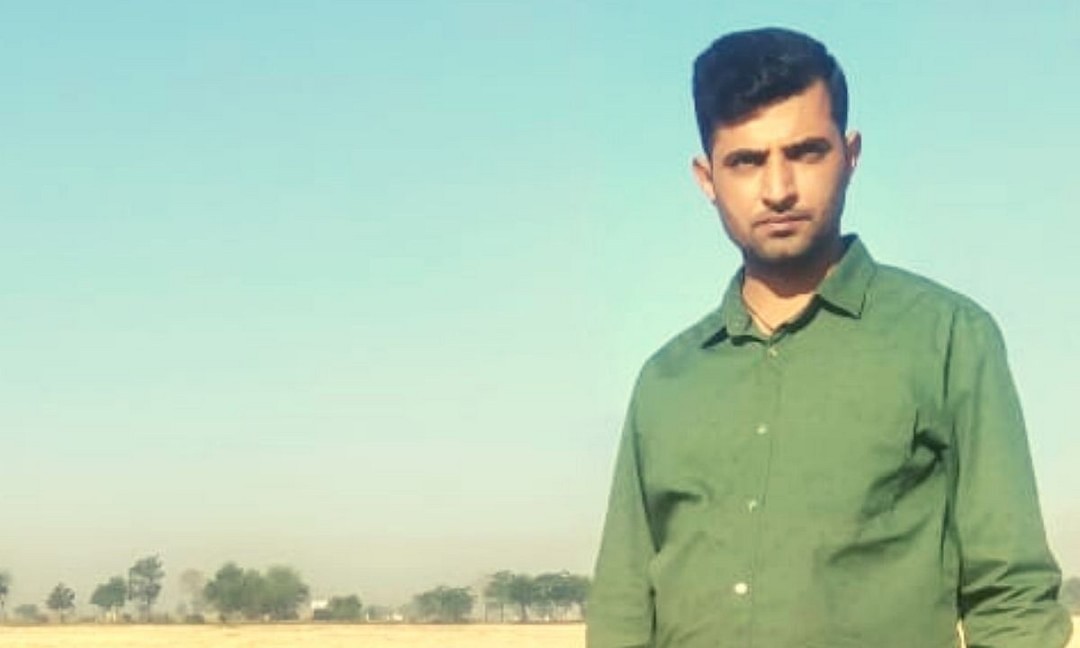 Narendra Kamboj, a 32-year-old farmer living in Karnal, Haryana, is saving both his crop and water by installing a rainwater harvesting system on his farm.

Farming is one such profession, in which care is taken most about the condition of the field, there is no water logging there. If there is a problem of waterlogging in the field, then it gets flooded during the rainy season and if this water is not drained too soon, the entire crop of the farmer may be spoiled. Something similar happened with Haryana farmer Narendra Kamboj for many years.

Narendra Kamboj, a 32-year-old farmer from Ramana Ramani village in Karnal, Haryana, is 12th pass and has been handling his family farming since his studies. He explains that wheat and paddy crops are the highest in their area. But for several consecutive years before 2019, his paddy crop was almost completely destroyed, as rainwater used to stay in his fields and it took about 15 days to get out. Due to the water in the fields for so many consecutive days, the crop used to deteriorate.

He explains, “I have eight acres of land and it is in the lake. So whether it was rain or any other reason, water used to get collected from all the nearby fields in my fields. During the rainy season, the situation used to get absolutely bad. Sometimes even though of getting the soil to increase the height of the fields, but there is a lot of expense in this work and it is not the case of a common farmer. ” But they say that where there is a will, there is a way.

Narendra was determined that he has to end this problem, because of how long he will suffer the loss. So he consulted the people about this and he came up with the idea that instead of wasting rainwater, it should be sent underground. With this idea, in the year 2019, he installed a rainwater harvesting system in his fields.

Water conservation along with crop protection:

Narendra’s expenditure for installing a rainwater harvesting system was 60 thousand rupees. But he says that it is just a one-time cost. Now at least he is able to save his millions of crops. Also, even if he had put soil in eight acres of land, the expenditure would have been in lakhs only. Now at least with this step, not only their crop but also water is being conserved. He says, “I have never measured water in litres because I am a common farmer.” But I can definitely say that I am giving back four times the water I take from the ground for my paddy crop. ”

Other farmers got the inspiration:

Inspired by Narendra Kamboj, many other farmers of his village have installed a rainwater harvesting system in their fields. Apart from this, his move was also praised by the Haryana government and he was given Rs. 11000 as an honour. He told, “Not only Haryana, but some farmers from Punjab also came to see this system, because there are many farmers in other places, whose land is in such low or lake areas. They too go through this trouble in a rough season. But for farmers, the best solution to this problem is the rainwater harvesting system. ”

Tejinder Singh Teji (38), a member of Haryana Pond and Wastewater Management Authority, says, “Farmers like Narendra are an inspiration to all. The way the groundwater level is decreasing, the situation will worsen if we do not take concrete steps even now. We visited Narendra’s fields and also asked other farmers to take inspiration from him. Because if every farmer gets a rainwater harvesting system built in his fields, then the groundwater level can be increased on a wide scale. We are working to restore all the ponds of the state through our organization. Also, recommend people to adopt water-conservation techniques. ”

Apart from this, if a farmer wants to build a pond in his fields, a subsidy is also being provided by the Haryana government for that. Tejinder says that many schemes of the government are in the interest of farmers and the environment. If needed, only farmers like Narendra Kamboj, who are solving their problems by doing something different.

Also Read: Mumbai Cops who sent cake on a woman’s birthday: The reason is heartbreaking