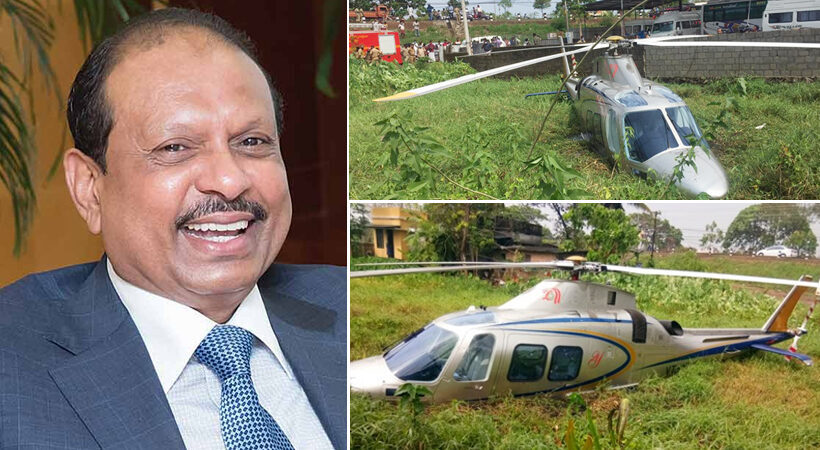 Burjeel Hospital owner and son-in-law of MA Yousafali, Dr. The surgery was performed at Burjeel Hospital under the supervision of Shamsheer vayalil. The accident took place on April 11 in Kochi.

The helicopter carrying MA Yousafali and his family crashed into a swamp in Panangad, Ernakulam due to a technical problem. The mechanical problem occurred above the settlement. The accident was identified in an area with buildings, factories and a highway. The pilots intervened in a timely manner and the helicopter crashed into the swamp to avert a major disaster.

One of the eyewitnesses told the media that Yusufali had told him that he was in pain as soon as he got off the helicopter.

He was rushed to Kochi Lakeshore Hospital for treatment. Tests, including scanning, were also performed because of physical disabilities. He was airlifted to Abu Dhabi the next day.