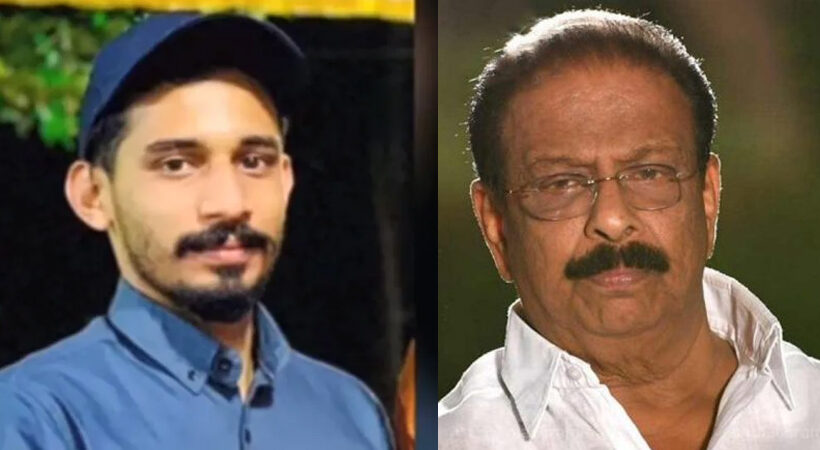 K Sudhakaran MP wants the probe team in the Mansoor murder case Sudhakaran MP alleged that the crime branch team which is currently under investigation is the criminal wing of the CPI (M). Sudhakaran told a news conference that the police had not arrested the accused of so many days.

‘A murder similar to the Shuhaid murder case took place here. Why not UAPA. We know there is no justice. With the exception of two, the probe team includes CPI (M) criminal gangs. Its head is Ismail. He is a constant companion of the CPI (M) leaders. Believe the inquiry. The cases of Shuhaid, Shukur, Sharad Lal and Kripesh were similar. He went to the Supreme Court to seek justice. That is exactly what will happen. Have the police arrested anyone for saying that they have identified ten accused? Mansoor’s brother Muhsin is the only accused in custody. The accused goes with the police very smartly. But those arrested in connection with the alleged demolition of the building here and there went to court with bloodshed. ‘ Sudhakaran said.

The case was handed over to the Crime Branch last day. The case is being probed by a 15-member team led by DySP Ismail.

Defendant Shinos has been remanded in custody for 14 days. Although 11 accused have been named in the case, only one has been arrested so far. All 11 have been identified.
Defendant testified that the assailants targeted Mansoor’s brother Muhsin. It is alleged that the attack was not carried out with the intention of killing.

Mansoor’s brother Moohs, a UDF agent at booth number 150 in Koothuparamba, had an argument with CPI (M) activists. Mansoor’s brother Muhsin told the media that Mansoor fled after being beaten and that he was hacked to death by DYFI activists. Muhsin said the attack was carried out after a 20-member DYFI team arrived and confirmed his name.