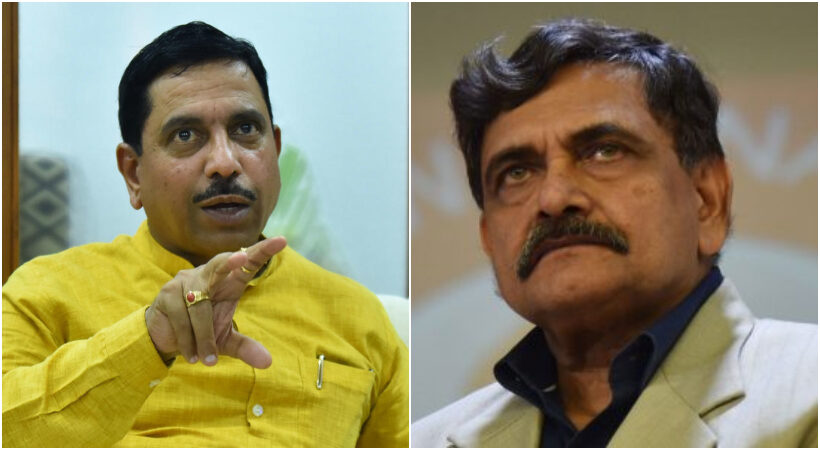 New Delhi: Union Minister Prahlad Joshi has said that it was the decision of the Union leadership not to give a seat in the Assembly polls to RSS ideologue and former editor-in-chief R Balashankar. The state leadership cannot exclude anyone without the permission of the central leadership. The minister’s response was to reveal that Balashankar had approached him asking for a seat.

Rejecting Balashankar’s allegations that there was a BJP-CPI (M) alliance in the Konni constituency where K Surendran is contesting, Prahlad Joshi said the BJP had not reached an agreement with anyone. However, Prahlad Joshi said that Balashankar ‘s remarks were a setback for the BJP and that such nonsense should not be spread against the BJP for denying the demand.

In Kazhakoottam, the BJP had to consider several possibilities as it was the most likely seat to win. Union Minister V Muraleedharan has not asked for a seat not to be given to Sobha Surendran. It was also decided by the Union leadership that V Muraleedharan should not contest. K Surendran is traveling by helicopter on the instructions of the central leadership. It’s controversial because it’s frustrating for both parties. He added that Surendran is contesting in two constituencies to promote himself as a leader.

R Balashankar, who was on the list of candidates for the Chengannur seat, was dropped from the final list, prompting criticism from the BJP state leadership. Balashankar had alleged that he had insulted the state leadership by saying that he had more work experience and competence than anyone else. Rejecting the BJP leaders’ allegation that he was dissatisfied with not getting the seat, Balashankar said he questioned the inability to field the best candidates.

Also Read: 7890 Indians in foreign prisons; Most are in prisons in Gulf countries